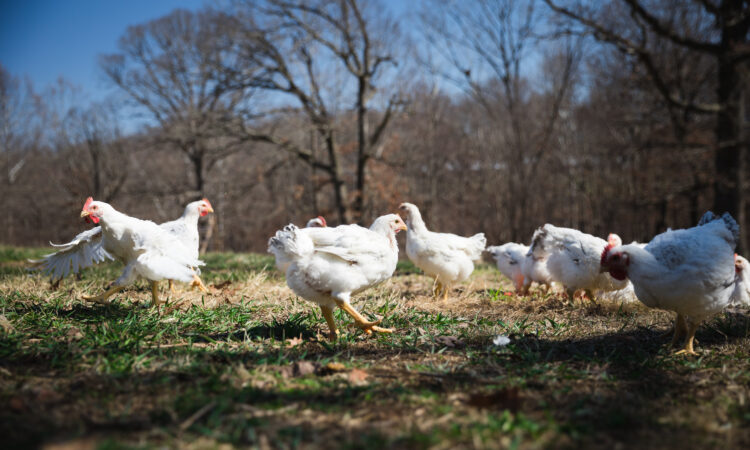 A newly-launched ‘next generation’ food company based in the US has created a ‘regenerative agriculture system’, which it claims will improve food systems and even reverse climate change.

Cooks Venture announced its launch today (Tuesday, March 19) and said that it had acquired an 800ac farm in the US state of Arkansas, and two processing facilities in the neighbouring state of Oklahoma.

Today, Cooks Venture begins pre-sales of pasture-raised, ‘heirloom’ (heritage breed), slow-growth chickens, and will distribute both direct-to-customer and in-store starting in July, moving on to other species in the future.

Matthew Wadiak, founder of Cooks Venture, explained that the purpose of the new company is to “build a better food system with a superior supply chain”.

The company says that it is founded on the “well-documented scientific principle” that sequestering 1% more carbon on agricultural land can reverse climate change.

“In order to feed the population and reverse climate change we must move to regenerative systems. I’ve spent 10 years partnering with thought leaders and scientists to perfect farming methodology and working diligently to regenerate the sources of food consumption,” said Wadiak.

He added: “We are building better communities through progressive agriculture processes, while allowing consumers to vote with their dollars, to ultimately reverse global warming and create better tasting and healthier food.”

The company has brought together a number of experts in poultry and ‘slow-growth’ breeding, whose combined knowledge will, Cooks Venture says, contribute to the country’s leading team in soil regeneration.

One member of this team said: “We are excited to have created an entirely new category that goes beyond the current green-washed buzzwords like ‘organic’ and sustainable’.”

The company says that it has the support of the governors of both states where they have set up operations, as well as animal advocate groups.

A representative for the American Society for the Prevention of Cruelty to Animals (ASPCA) said: “We are excited that Cooks Venture is rejecting the industrial business model, which too often neglects animals’ welfare, by choosing to raise healthier birds in a more natural environment.”

The company says it plans to move beyond poultry in the near future, and will be raising cattle and pigs, as well as growing grains and vegetables.

ABP to source ‘100%’ of its electricity from wind