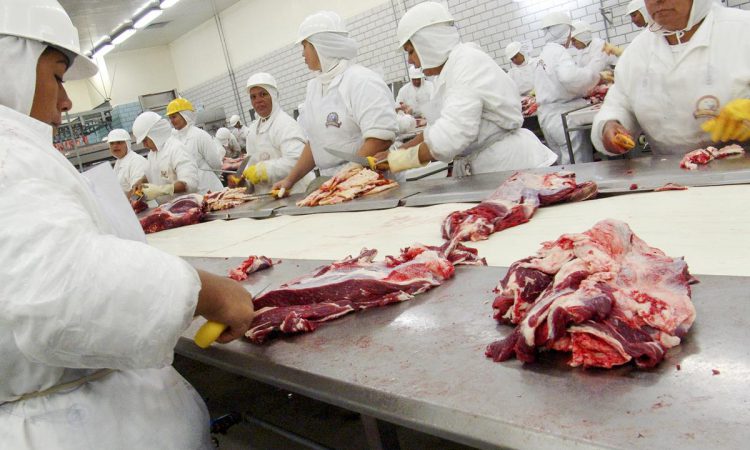 Beef exports from the Republic to Northern Ireland have risen dramatically over the last 12 months, according to a newly published Bord Bia report.

The ‘Performance and Prospects 2020/21’ report showed exports of Irish food, drink and horticulture fell marginally by around 2% in 2020, with total agri-food exports now valued at €13 billion.

The increase in beef exports north of the border in Northern Ireland was more than counteracted by a decline of 3% to the rest of the UK.

As a result, exports to the UK as a whole, Ireland’s single most important beef export market, decreased overall by 1% in value terms to €835 million.

In 2020, cattle supplies were tight in the UK and increased retail demand across virtually all cuts led to more retail specification Irish beef shipped to the UK market.

However, the closure of the foodservice channel for significant portions of the year reduced the value imported.

The Livestock and Meat Commission (LMC) chief executive Ian Stevenson said the increase in exports to Northern Ireland reflected a growing processing sector in the region, with a lot of the beef going on to markets outside the island.

“The Northern Irish beef and sheepmeat industry has traditionally sourced significant volumes of meat inputs for further processing in addition to supplies of raw material from slaughter facilities in Northern Ireland,” he said.

When LMC commissioned an analysis of the impact of WTO [World Trade Organization] trading on the Northern Ireland beef and sheep meat industry in 2017, the volume of imported meat inputs from the Republic of Ireland was close to 50,000t a year – almost all beef.

“Availability of this product has enabled the processing industry to grow and service-specific market outlets not just in Great Britain, but across a broad range of export markets.

“Imported volumes for processing from the Republic of Ireland will fluctuate from year to year, depending on availability, cost and demand.”

Mark Zieg, beef sector manager at Bord Bia, explained the figures reflected a strong position for the Republic, coming even as main markets for Irish beef were closed in the UK due to Covid-19.

“From a backdrop of total Irish beef export value having contracted by 2% in value, a 1% drop to the UK actually reflects a strong trade for the region, bearing in mind the impact of Covid on the marketplace,” he said.

“Up to 35% of Irish exports to the UK are destined for the foodservice channel, which in itself suffered a decline of more than 40% due to Covid.

Against that, the demand for retail specification beef was actually quite buoyant as UK cattle numbers contracted by just under 4% and retail demand increased by more than 7% over the year.

“This demand for retail specification cattle created demand not only for beef in the Republic of Ireland, but also greatly increased the pull of Northern Ireland beef into Britain, which in turn provided greater demand for Irish beef in Northern Ireland.

“Traditionally there is a buoyant trade for Irish beef carcasses and live cattle to Northern Ireland for supplying the home market, Britain and Continental Europe.

“This was also true in 2020 when Irish beef and live cattle exports to Northern Ireland increased by 10% and 52% respectively.” 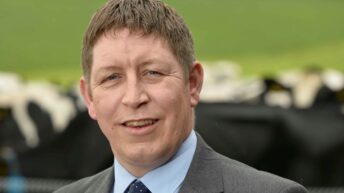 NI farm borrowing up 9% according to Danske