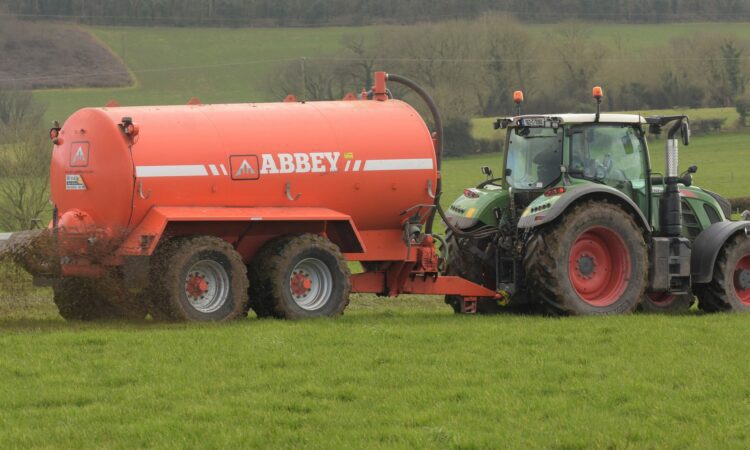 The Association of Farm & Forestry Contractors in Ireland (FCI) recently published its ‘Contracting Charges Guide‘ for 2019.

The association says that it is “satisfied that this averaged price guide is fair and reasonable for both contractors and farmers”.

However, the body stresses that it is “only a guide”.

These FCI figures are now produced on an annual basis. They are compiled by collating an “average figure for each operation from a panel of FCI contractor members from across Ireland”.

Because of local variations, the FCI says that actual charges may vary considerably across regions, soil types, the distance travelled, the size of a particular job, as well as the type of equipment used.

The association says that this year sees contractors quoting a “5% increase in charges” – rounded off to meet the “increases in machinery and labour costs since the start of 2019”.

These tables (below), which detail the myriad of ‘guideline charge-out rates’, were supplied to AgriLand by the FCI. 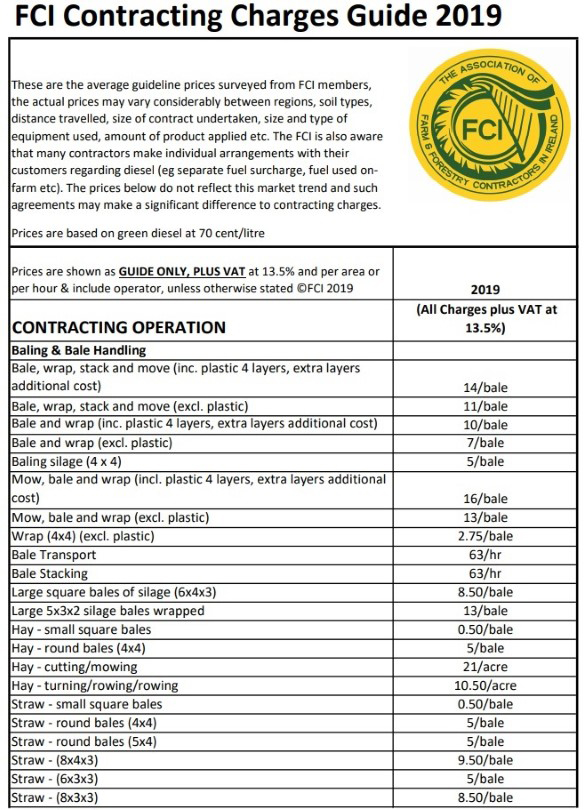 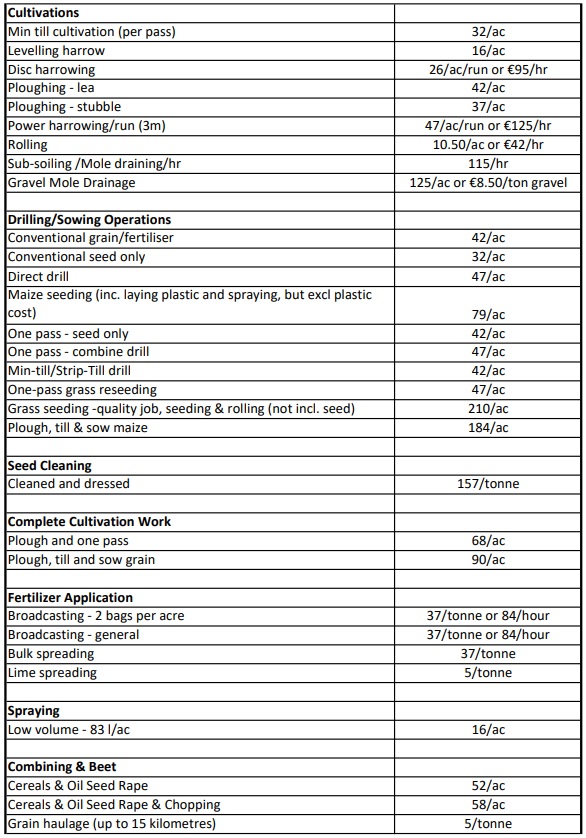 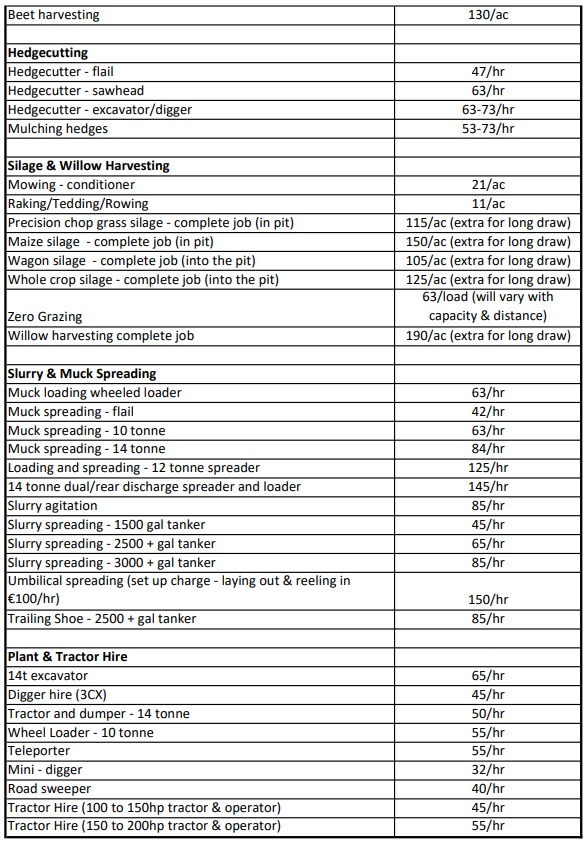 Michael Moroney, FCI chief executive officer, explained: “The FCI always advocates working out individual charges based on the cost of the operation.

This guide is helpful to both contractors and farmers in highlighting a national average.

“There are some consistencies in terms of operating costs that transcend all regions. These include machinery depreciation and finance costs, as well as initial machinery purchase costs.”

He added: “The increased cost of new machinery for contractors and farmers is impacting on the sustainability of many contracting businesses.

“Machinery cost increases in 2018 and into 2019, as a result of the Tractor Mother Regulations (TMR), have added to new tractor prices; these have been absorbed by contractors in their charges thus far.”

He continued: “The arrival of the Revenue Commissioners’ new payroll system [from January 1, 2019] has been an added cost for agricultural contractors. Skilled operators must be paid weekly; tax returns must be issued weekly, all of which means additional cost.

Driver availability also continues to be an issue. Moreover, the cost of farmer credit continues to rise for contractors.

“Compounding the problem is that some contractors have outstanding debt from 2018. The FCI is encouraging all contractors to issue monthly or weekly invoices, followed by monthly statements to help manage cash-flow.

“This level of long-term debt [owed to contractors] is estimated at more than €60 million. It’s costing the Irish contracting sector in the region of €3.5 million each year in interest, based on a 6% interest rate.”

Michael added: “A basic analysis shows that a modern 120hp tractor will require a minimum rate of €50 per hour to cover operating and labour costs, irrespective of the work done.

“80% of that hourly cost is accounted for by labour and diesel costs, with just 10% allocated to depreciation, finance and repair costs – leaving a very tight operating margin.”

He says that the FCI is also aware that some contractors are now making individual arrangements with customers regarding diesel (i.e. separate fuel surcharges or using on-farm diesel). 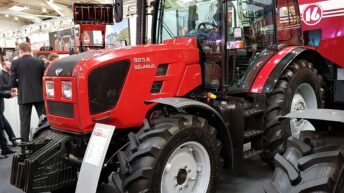