A new generation of McCormick X5 Series tractors is now available from dealers. These tractors come with more transmission options for a “wider choice of gear configurations”.

Also noteworthy are new reduced-revs 40kph and PTO speeds, along with a power-boosted braking system.

“The X5 Series is at the core of our ‘livestock tractor’ line-up. It offers a lively and versatile power unit with a broad choice of specifications to suit different preferences,” noted Adrian Winnett, Argo Tractors’ managing director for the UK and Ireland. 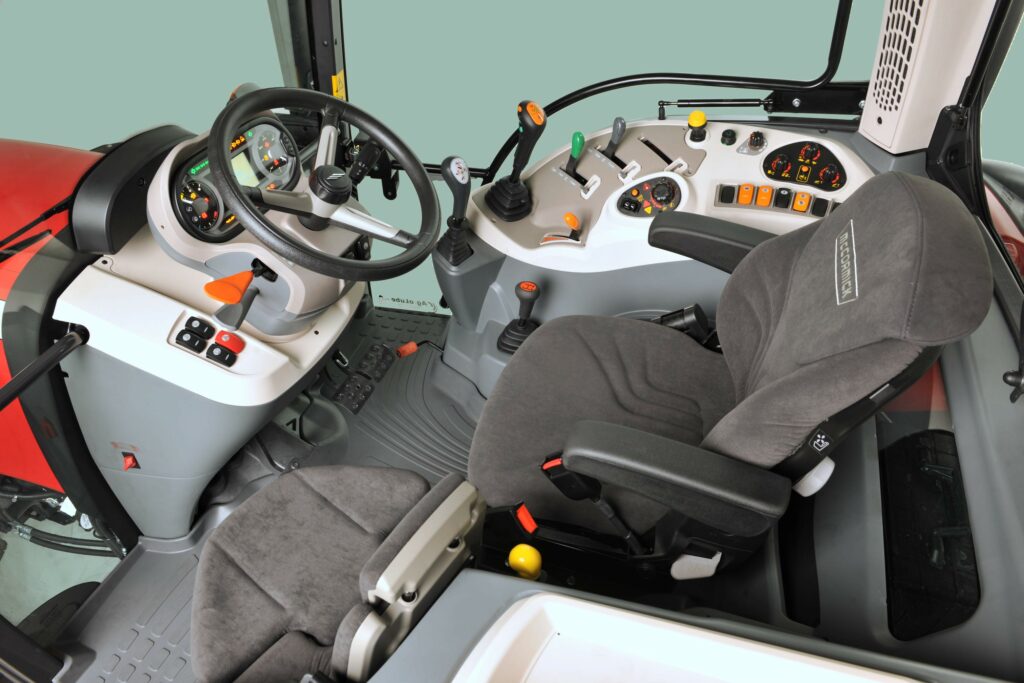 “Together with a neat and well laid-out cab providing a comfortable working environment, with good all-round visibility, the tractors make an attractive package for field and loader work.”

The new engine is said to have “simpler emissions control hardware” in the form of a diesel oxidation catalyst (DOC) which, unlike a diesel particulates filter (DPF), requires “no fuel-burn cleansing, maintenance or operator intervention”.

It also has a new viscous-drive option for the cooling fan, which runs only when necessary (presumably to boost fuel economy). 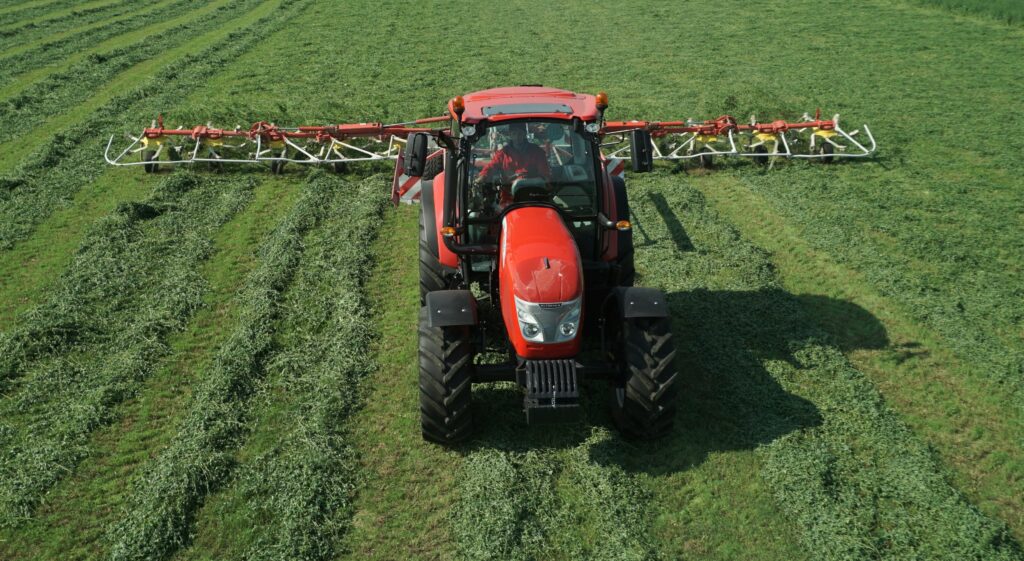 As for transmissions, buyers can choose between a dry-clutch ‘synchro’ shuttle or wet-clutch power-shuttle; a gear-splitter or three-speed powershift; and from 12 to 36 forward speeds. A creeper gearbox option is available across the board.

In addition, the new ‘Eco Forty’ feature facilitates reduced engine revs at a 40kph cruising speed, to save fuel and give the operator a “quieter drive on lengthy transport runs”.

The new four-speed PTO option is another “fuel-saving feature”. It provides both 540rpm and 1,000rpm shaft speeds at ‘economy’ as well as ‘power’ settings. 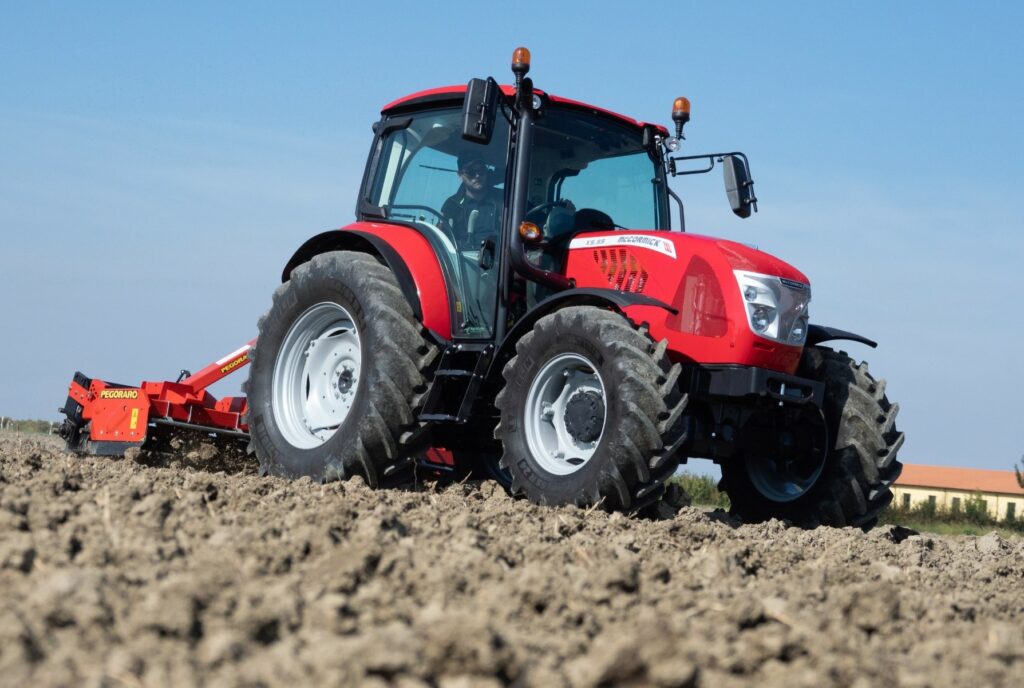 Hydraulic resources comprise a 62L/min gear pump (complemented by a 32L/min pump dedicated to steering and ancillary clutches), supplying the three double-acting spool valves that are fitted as standard.

Larger tyres are being fitted for the UK and Ireland and a new power-boosted braking system apparently delivers “better performance for less effort from the operator”.