54 new self-propelled forage harvesters have been registered in Ireland so far this year (up to the end of May). That’s according to data compiled by the Farm Tractor & Machinery Trade Association (FTMTA).

Given the time of year (i.e. the fact that the grass silage season is already well underway), it’s unlikely that many (if any) further machines will be registered during the remainder of this year.

In any case, the figure is already the highest for many years. Is this a reflection of growing dairy herds and, thus, increased workloads for agricultural contractors? 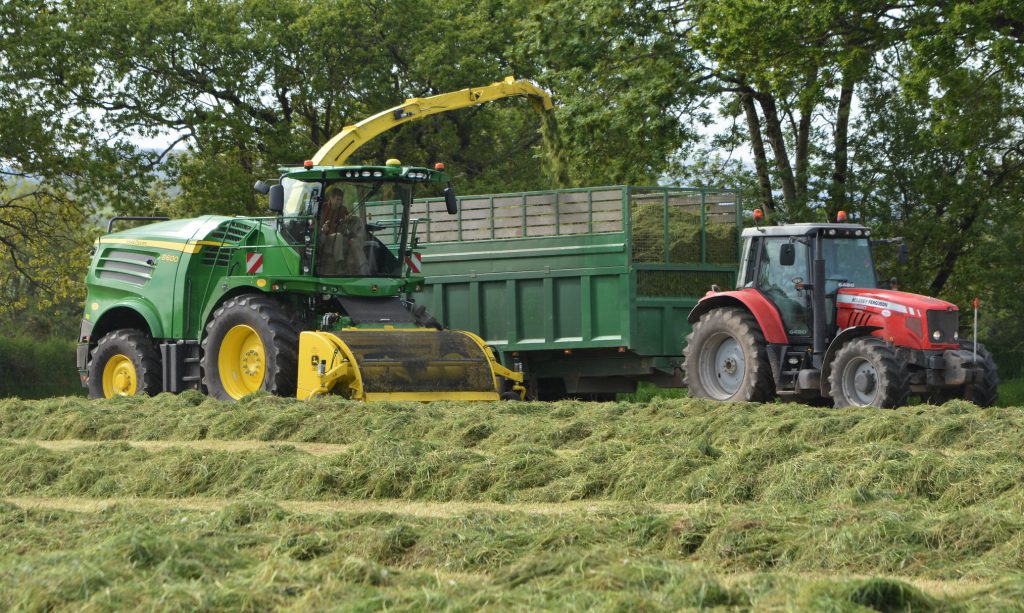 This table (below) shows the data more clearly: 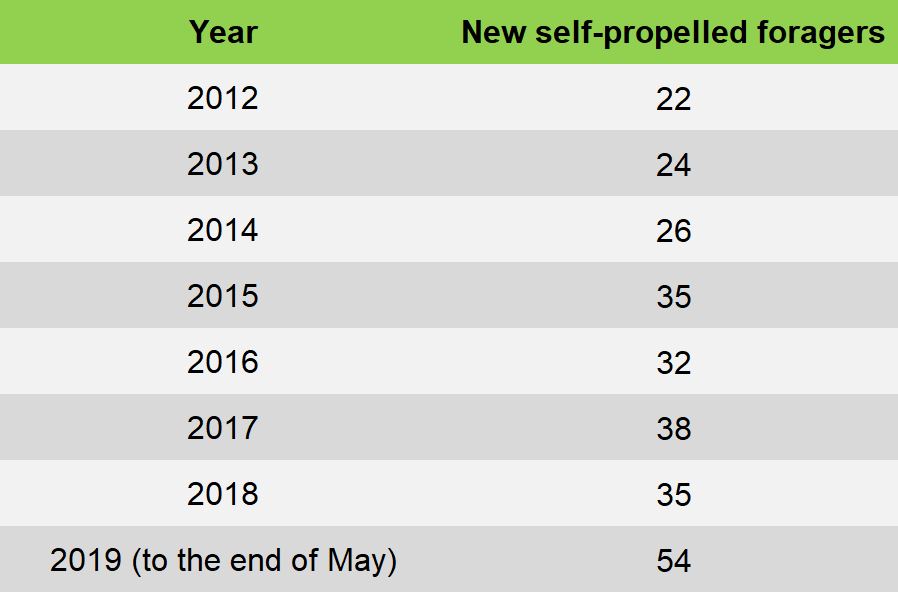 Interestingly, the total global market for self-propelled forage harvesters (of all makes/brands) is now believed to be in the region of 3,000 machines per year. 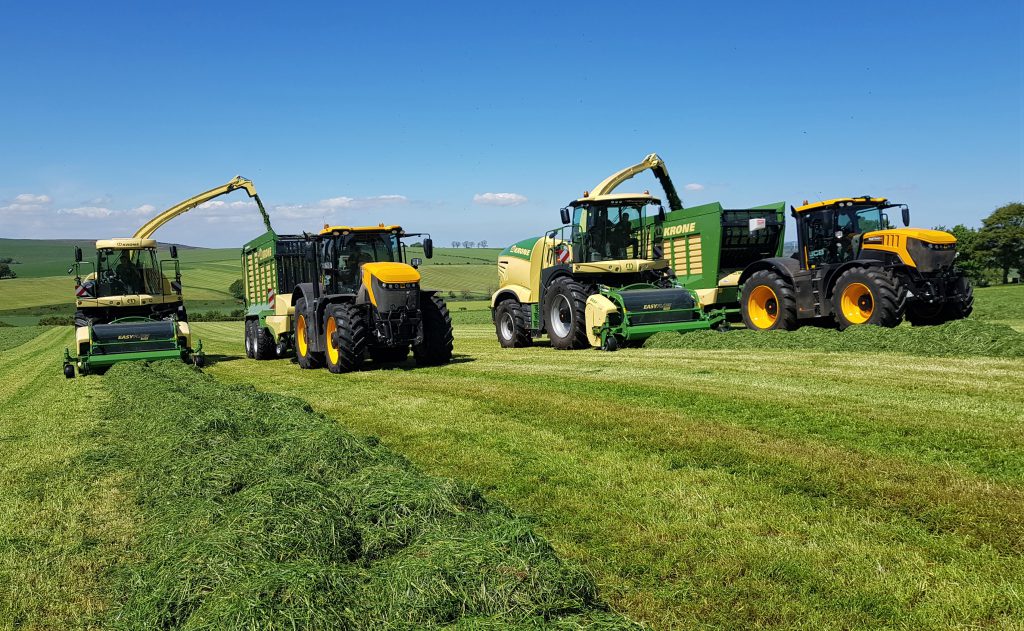 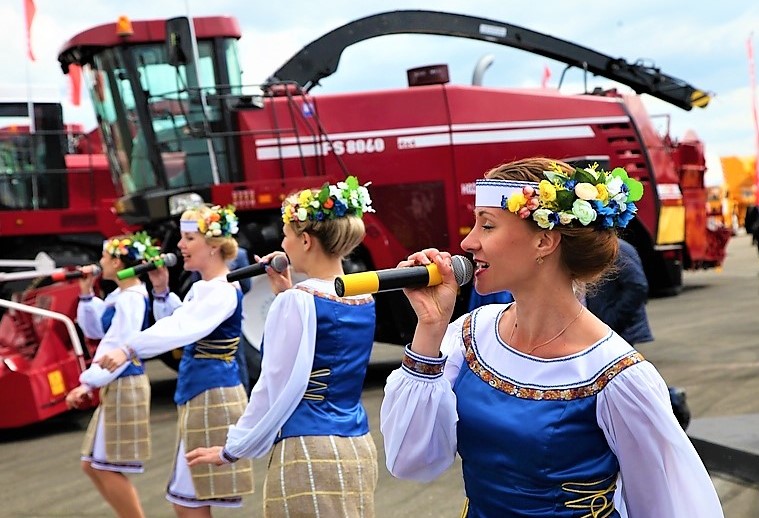