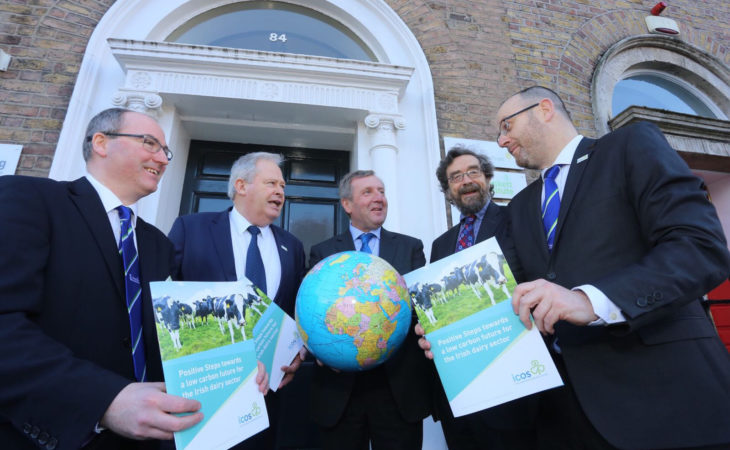 The recommendation by the Citizens’ Assembly in November 2017 to impose a carbon tax on Irish agriculture is deeply flawed, according to the president of the Irish Co-operative Organisation Society (ICOS), Martin Keane.

Keane was speaking as a number of farm organisations appeared before the Joint Oireachtas Agriculture Committee this evening.

He outlined that the core recommendation in the society’s recent report is that the effective and widespread sharing of win-win solutions that generate efficiencies at farm level and benefits to the environment is the biggest challenge to address.

Addressing the committee, he said: “There are a range of technical and cost effective mitigation options that ICOS believes should be incorporated into a structured knowledge sharing programme on climate change mitigation.

“The report also points out that the farming community can positively address the issue of climate change with appropriate support.

“For example, individual farmers and groups of farmers working through co-operatives can further mitigate against climate change through the uptake of agro-forestry using native trees and renewable energy technologies such as biogas from anaerobic digestion and solar panels on farm buildings.”

Agricultural systems throughout the world will have to provide extra food to feed a growing population – expected to exceed 11 billion people by the end of this century, according to Keane.

He continued: “We must produce more food, while conserving available land, water and energy resources. That is why the recommendation by the Citizen’s Assembly in November 2017 to impose a carbon tax on Irish agriculture is deeply flawed.

“This proposal, if implemented, would damage the competitiveness of Irish agri-food exports, while benefiting little to the environment. In reality, it would be counterproductive – resulting in the possibility of carbon leakage.”

Also giving a presentation at this evening’s meeting was the president of the Irish Creamery Milk Suppliers’ Association (ICMSA) Pat McCormack.

“Although we have become more efficient at what we do, the total amount of greenhouse gas (GHG) emissions attributable to agriculture has steadily increased since 2011.

“This is due to the ongoing expansion of the dairy herd and the stabilisation of the beef herd. As cattle numbers increase, methane emissions increase.

Animal breeding, reduced slaughter age and improved slurry usage will all play a role in improving our methane emissions performance.

“Given that the Government has promoted and facilitated the expansion of the dairy industry – which is required not only to feed global demand, but also to support the local rural economy and an increased number of agri-food jobs – the national herd must be sustained.

“The provision of a carbon tax is unacceptable, as was suggested by the Citizens’ Assembly, and runs contrary to reducing global emissions,” he said.

Meanwhile, the president of the Irish Farmers’ Association (IFA) Joe Healy insisted that the Irish agriculture sector needs to continue to build on its delivery date in relation to combating climate change.

“Key policy measures are assisting this. For example, the Department of Agriculture is targeting European funding through the Common Agriculture Policy to areas that reduce greenhouse gas emissions in the sector.

He also urged the department to re-open the GLAS scheme for new applications; this was a view echoed by Healy’s counterpart in the ICMSA.

Continuing, the president of the IFA said: “Under the Renewable Energy Directive, Ireland has a mandatory target to produce at least 16% of all energy consumed by 2020 from renewable sources.

“Agencies, such as the Institute of International and European Affairs, estimate that Ireland is likely to be hit with a compliance bill of up to €610 million by 2020 for breaching its current targets.

“The IFA believes that this money should instead be diverted into a climate activation programme.”

Such a programme would aim to focus on policy measures including:

He indicated that, unfortunately, farmers have often viewed the GHG reduction policy in the various EU and national strategies as a threat.

“In their view, the formation of emission reductions were set without taking into account the technical capacity of the sector to reduce emissions.

It, therefore, appeared that emission reductions could only be achieved by reducing their farming activity which would impact negatively on their livelihoods.

“This type of messaging is incorrect and needs to be stopped. The farm advisory service, Knowledge Transfer scheme, BDGP, TAMS, etc, have helped to engage farmers in a positive way and have benefited emission reductions,” he said. 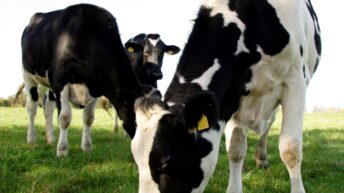