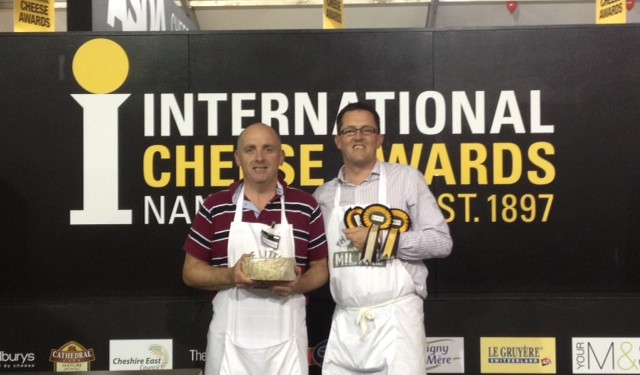 In a new series AgriLand has linked up with Bord Bia to showcase an agri-food business every Friday.

In 2008 11 organic dairy farmers joined forces on a mission to get a better price for their organic milk. It was from here The Little Milk Company was set up and in 2011 the Waterford-based group were making their first cheese, since then frozen yoghurt has been added to the range.  Two full-time staff are currently employed with general manager Conor Mulhall overseeing the operation

Little Milk Company products can be found in delicatessen shops around Ireland, Sheridan’s and Fallon & Byrne to name but a few, however there is also a demand coming from abroad.

“We export to France, Germany and the UK and we’re looking to export into the US. The German organic market performed the best and grew 10 per cent last year,” explained Meade.

Although their products are mainly stocked in food emporiums, Little Milk Company is  keen on face to face contact with its customers. Meade elaborated. “We were at Bloom last year and it was a great success for us, we sell to farmers markets and we attended the National Organic Fair in Marlay Park. If we get the opportunity we always like to get out in front of customers, deliver the message of our brand and the story behind us.”

The Little Milk Company’s cheddar range is becoming increasingly popular and Meade details the intricate work involved. “The vintage cheddar, which is a two-year-old cheese would be our best seller, made to a traditional 19th century recipe, it’s handmade covered in cheese cloth and hand-turned for up to two years,” said Meade.

A large part of its success is down to high-quality products and hard work but the organisation also received some outsider help which Meade feels is an integral part of building up a small business.

“Bord Bia are very good at encouraging small and medium size food businesses, and also the County Enterprise Boards who give great help and advice on where you need to be, they offer mentoring services which we’re on at the moment,” said Meade.

The next year appears to be pretty hectic for the busy organisation. “The next challenge is to build on the success we’ve had this year, we’re looking at doing a bit of rebranding of our packaging, we’re redoing our website, and also to make sure that the products we put out there are of good quality, we have to continue to deliver great tasting organic products,” commented Meade.