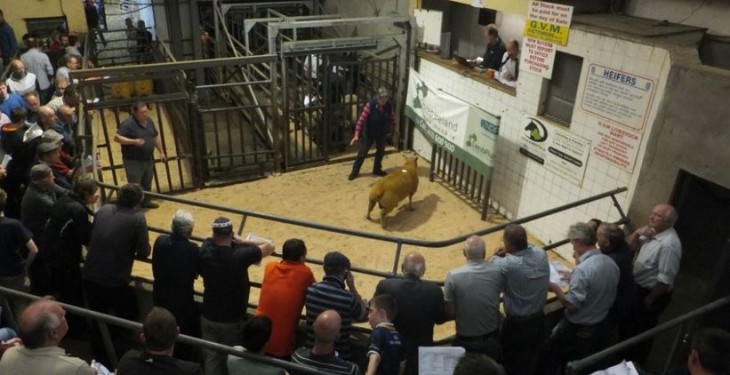 There were 151 rams on offer at the annual Sheep Ireland Multi-breed ram sale on Saturday last in Tullamore with an 87% clearance, reports Sheep Ireland.

This sale presented farmers with an opportunity to purchase a genetically superior ram, with all rams on the sale possessing at least five stars with 30% accuracy.

The first breed to enter the ring were the Suffolks. The topped priced ram sold for €880. The average Suffolk ram made €547 while lots ranged from €360-880/head, it says.

Vendeen rams at the Tullamore venue sold from €400-680 with an average of €472/head, reports Sheep Ireland.

Rouge de L’Ouest are a relatively new breed in Ireland and almost achieved a full clearance. The average price for this French breed was €388 while rams ranged from €300-510.

According to Sheep Ireland, the Charollais breed had the highest presence at the sale with 49 rams. Charollais rams averaged €533, with prices ranging from €400-870/head.

The maternal breed the Belclare had a full clearance on the day. Rams ranged in price from €300-840 with the average lot selling for €463.

Despite the Beclare being noted as a maternal breed the top priced ram had the highest terminal index accuracy of the sale with 51% accuracy, it says.

Texel rams were the last under the hammer in Tullamore. The average Texel tup sold for €578 on the day with prices ranging from €300-940 for the remaining Texel rams.