There is a risk that over 25mm of rain could fall in parts of counties Cork and Kerry later tonight, as Met Eireann has issued a status yellow rainfall warning.

Heavy rain tonight could see accumulations in excess of 25mm, with the highest accumulations expected on higher ground and along coastal fringes.

The warning is valid between 6:00pm and 6:00am tomorrow morning, Met Eireann added.

Today, Friday, is set to be predominantly dry with some good sunny spells. Cloud is forecast to thicken in the southwest this afternoon and outbreaks of rain will spread to Munster during the evening.

Highest temperatures of between 16º to 19º, in light or moderate southwesterly breezes, are expected.

Rain is likely to spread northeastwards to all parts of the country overnight; there is a risk of some showers turning heavy for a time, especially in the south and west.

Meanwhile, temperatures are set to drop to between 11º and 12º tonight in strengthening south or southeast winds.

Drying conditions will remain quite good today; they are set to deteriorate from tomorrow onwards. There is a possibility of conditions improving again early next week.

Limited spraying opportunities are likely to arise this weekend due to the wet and blustery conditions forecast.

At the moment, field conditions continue to become more saturated in nearly every region. Good grass growth is projected and the majority of soils are trafficable at present.

Rain is set to clear eastwards early tomorrow morning, Saturday; this will leave much of the country dry with the possibility of some sunny spells.

Good dry periods are forecast during the afternoon, but there is a line of showers expected to move in from the Atlantic; these showers will then track gradually eastwards.

Temperatures will range from 17º to 21º in fresh and gusty southerly winds, according to Met Eireann.

It is expected to be mostly dry on Saturday night, with just a few isolated showers. Temperatures are set to drop to as low as 11º overnight.

Sunday is forecast to start out largely dry; isolated showers in the west will become more frequent during the morning. There is a danger of these showers turning more widespread during the afternoon.

The showers are expected to die out again in the early evening, making way for a largely dry night.

Temperatures will reach highs of 17º during Sunday afternoon; they will drop back to close to 10º overnight, Met Eireann added.

Early indications suggest that Monday will be fair with just a few isolated showers. Longer spells of rain are expected to affect the west and north later in the day and overnight.

Temperatures will be similar to Sunday and winds will be fresh southwest to west. Conditions will remain relatively unchanged on Tuesday. 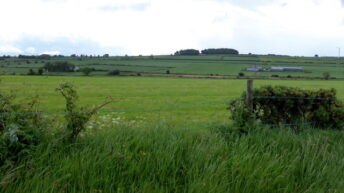