Putting a spring in their step: Reducing lameness in a 200-head bull herd 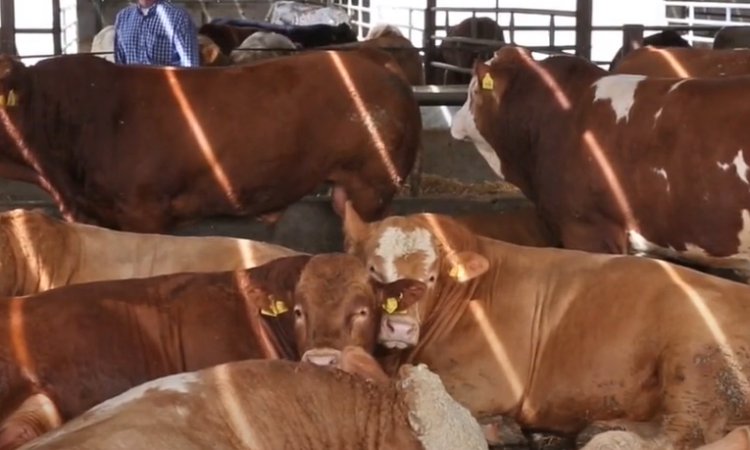 In 2003, Shane Murphy purchased a farm in the townland of Clongill in Wilkinstown, Co. Meath. Originally from just over the county border in Louth, Shane farms alongside his father and two brothers.

Farming has been in their family for as long as any of them can recall. However, when their Louth farm began to be gobbled-up by the sprawling suburbs of Dundalk, they all agreed it was time for them to look at moving their operation elsewhere.

They settled upon Clongill Farm and began to re-establish their operation. The Murphys run both beef and tillage enterprises and they currently stock 200 bulls and just shy of 100 cows. The operation is largely self-sufficient.

They keep all of their own replacement cattle while all of their feed comes from their own tillage harvest. Not only that, the herd produces enough slurry to keep their tillage enterprise healthy too. Molasses is the only commodity they have to buy in.

Their beef operation is centred around a 19 double-bay shed where cattle are housed almost all year round. The original unit was built in 1970 and was floored with single concrete slats. The slats’ condition had naturally deteriorated over the years and lameness was becoming a real issue.

In 2016, the Murphys decided to tackle the issue and updated the concrete slats on one full side of the shed in a bid to curtail their lameness issue.

Shane’s brother, James, explained: “Stress is the biggest issue in a herd of bulls. We simply can’t afford to have them stressed. By installing new concrete slats with no chunks taken out of them or cracks in them, we hoped it would help our lameness problem – but unfortunately not.

Lameness dramatically reduced the thrive of the bulls, not to mention their overall comfort. It really hit home for me when I saw several of them with knees so sore that they began standing up front-legs first.

“We said there has to be a way of making them more comfortable and that’s when we began looking at slat mats.” 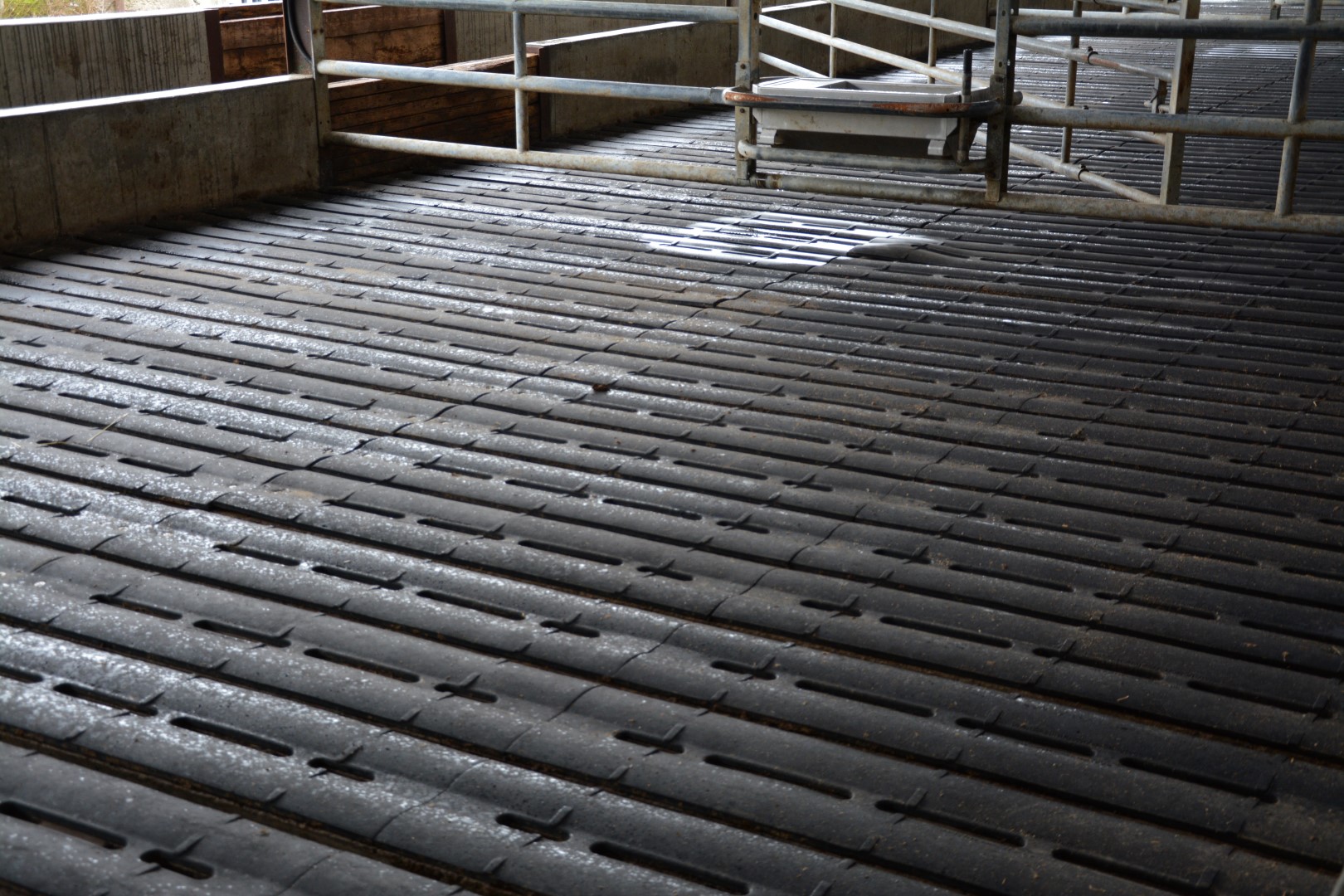 The brothers began looking at slat mat options in Meath and the surrounding areas. Given the size of the Murphys’ animals and the time they would spend on the slat mats, the main thing they were looking for was durability.

They wanted a product that would last. They called around to several farms that they knew had their slats covered and got the farmers’ opinions on each option, whilst they also made contact with reps from the leading suppliers.

“There were a couple of options on the table but we were all unanimous in choosing the EASYFIX SDR slat mats.

The main reason we chose EASYFIX was because of its reinforced design. Some of our bulls can weigh up to 800kg and, with that size of an animal moving, rooting and even fighting on the mats, they had to be able to take the hardship the bulls would put them under.

“So far we don’t have any complaints. The slat mats are in for over two years, with animals housed on them almost 11 months of the year, and are still in perfect condition.

Lameness is almost non-existent; we’ve gone from a level of 10% to around 1%, if even.

“They’ve no sores on their knees so are standing up and moving around as they should and thrive is increasing nicely too. It’s like a bull hotel,” enthused James.

Get the little things right

One thing the Murphy family are adamant about is that it’s the little things that count; there is no ‘silver bullet’ to the operation. It’s very much a ‘sum of its parts’ enterprise.

Individual elements such as slat mats underneath their bulls, having their own feed readily available all year round and having a close-knit team are all equally vital cogs in the wheel of making Clongill Farm a sustainable and profitable business.

James concluded: “It’s a fine-margin business. I don’t believe that there is any-one-thing that defines the operation. We need all aspects of our enterprises to be performing in unison and to maximum capacity.

“The EASYFIX slat mats are without doubt doing that and if we were building another shed in the morning I wouldn’t even consider doing it without EASYFIX slat rubber.” 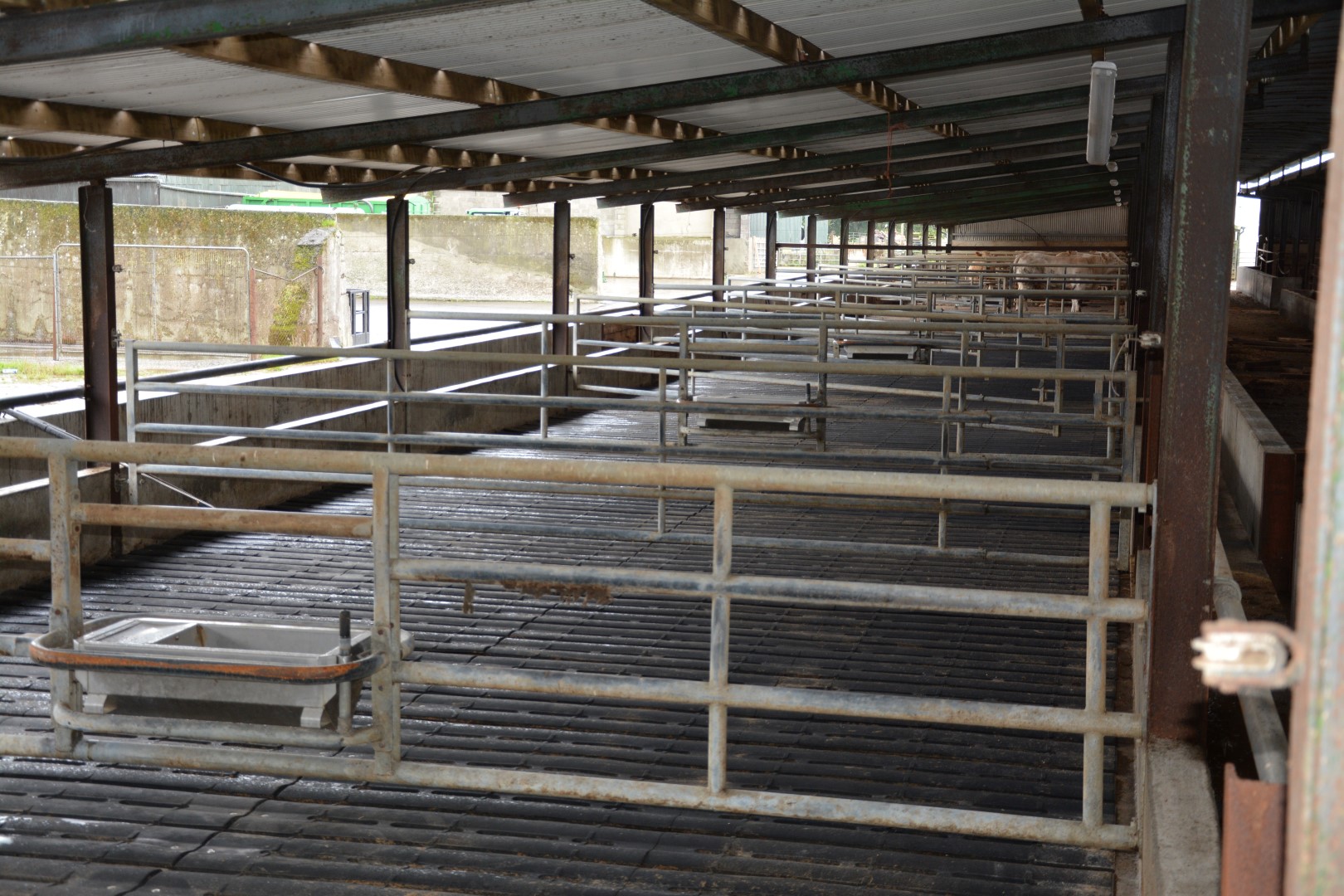