‘Progressive farmer focus’ is a new series of articles, in partnership with AIB, profiling young progressive farmers around Ireland and how they are planning for the future.

It’s very much a man’s world when it comes to farming in Ireland; just 13% of all farms are solely owned by women. Furthermore, only 3.8% of all Irish farms are registered under joint male/female ownership.

Despite this, Louise Crowley (22) is breaking down boundaries when it comes to being a female farmer. Now farming alongside her dad John, the father-and-daughter team currently milk a herd of 150 cows. Next year, 170 cows will pass through the parlour of Tullovin Castle Farm Ltd.

The eldest of three daughters, Crowley first became interested in the family’s 167ac dairy farm at the age of 12. By the time she was in Transition Year in secondary school, it became apparent that all she wanted was to make dairy farming her future career.

To make such a move achievable, the Croom-based holding needed to carry a significant number of dairy cows.

AgriLand recently visited the Crowley family farm in Croom, Co. Limerick, to hear what steps Louise, and her father, has taken to make her aspirations of becoming a dairy farmer a reality.

Crowley began: “Being the eldest of three daughters, I was expected to pitch in and work on the farm. Fortunately for dad, one daughter decided to take it on; he has no sons. 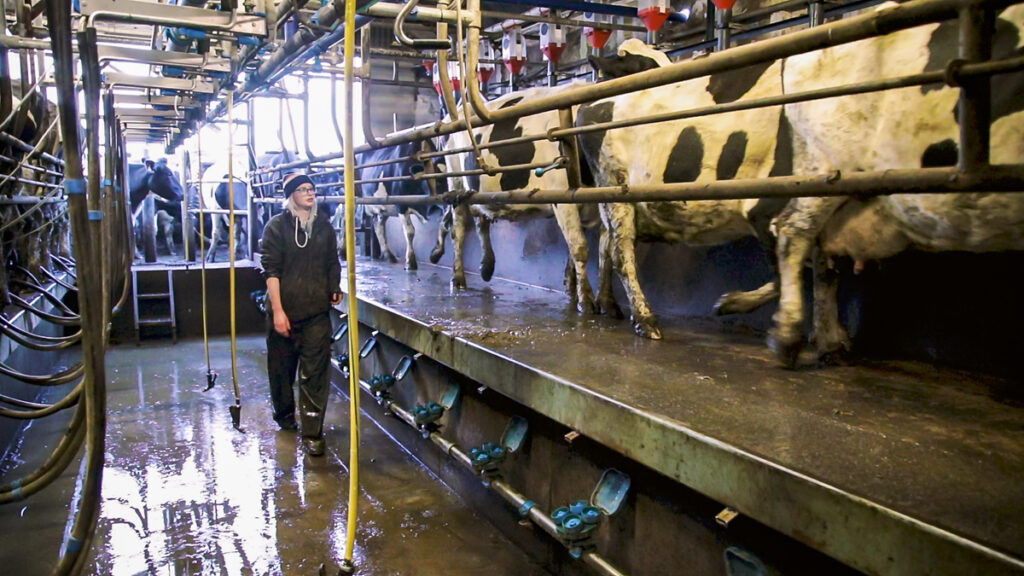 “Once I started getting roped into it, I realised I liked it. And, when I was in fourth year in secondary school, I decided I was going to go farming.

We had 70 cows originally and now we’re up to 150; just because I am involved in the business.

When Crowley first realised she wanted to become a farmer, the Croom-based holding was home to just 70 dairy cows. In addition, large areas were under furze and were unsuitable for grazing.

To make her dream a reality, a degree of reclamation work was required to bring the 167ac (owned) land base up to scratch.

“Up on 40ac of the farm had to be reclaimed and reseeded; there was a lot of furze bushes and it was all hilly ground. Even in my dad’s time, he had only once seen that ground uncovered.

“Over five-to-six years, we reclaimed it all; we brought in track machines and got it up to scratch. It was a lot of work, but it’s all in grassland now.”

Alongside farming, Crowley is currently completing an honours degree in agriculture in Cork Institute of Technology (CIT). Prior to this, she completed the green cert in Pallaskenry Agricultural College.

It was during the latter period, Crowley explained, that a business plan for the farm was developed. For this plan, she was awarded the AIB / Pallaskenry Agricultural College Best Farm Business Plan. This plan is currently in place on the farm.

As part of the Dairy Herd Management course in Pallaskenry in 2015, I completed a five-year plan for the business; looking specifically at where I wanted it to go.

Crowley’s plan was particularly strong and she was selected to represent Pallaskenry Agricultural College in the All-Ireland Best Farm Business Plan Awards. 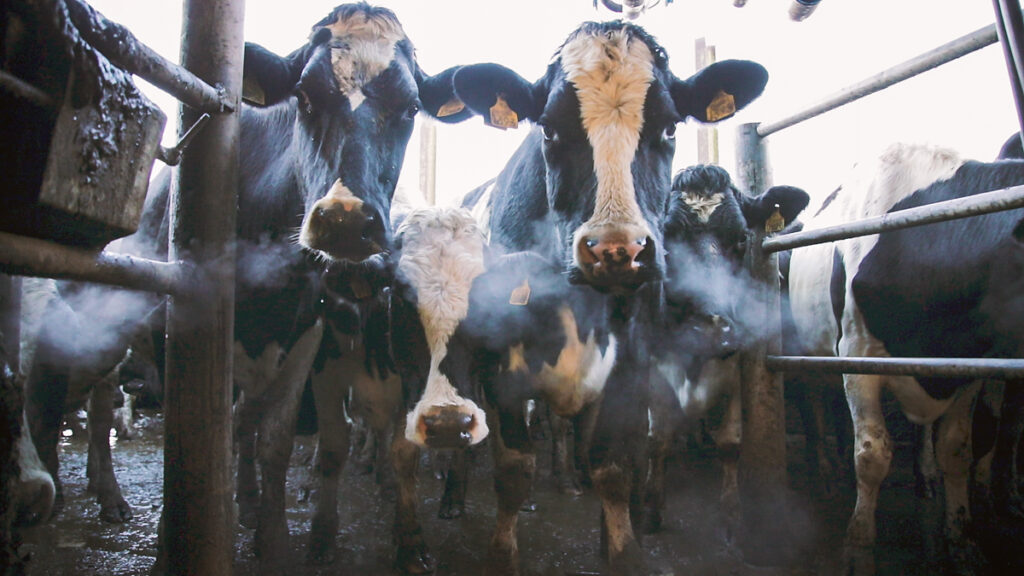 Although unsuccessful in the national final, she explained that it was a great learning curve, adding: “I was interviewed by Macra na Feirme, AIB and Teagasc. My plan was assessed to see was it accurate and to identify my knowledge about the business.”

Admittedly, she said: “I was a bit sceptical that I would get it all done. One of the main things in the plan, at the time, was to own the out-farm (72ac) that we had rented for the previous six years.

Luckily, this year, that has happened. That’s the key thing; if we didn’t have that land, we wouldn’t be able to increase the stock on the home farm.

This farm is used to produce two-cut of grass silage and grazing during the shoulders of the year. The introduction of the block will allow the Crowleys to increase the stocking rate on their milking platform and, ultimately, achieve the goal set up under the original plan for the 239ac.

Crowley continued: “At 22-years-of age, I didn’t think it would have been possible to get the necessary funds to purchase the block of land.

“We’ve always had a good relationship with the bank and they assessed the business plan. Any issues or questions raised during the application process were addressed as early as possible.” 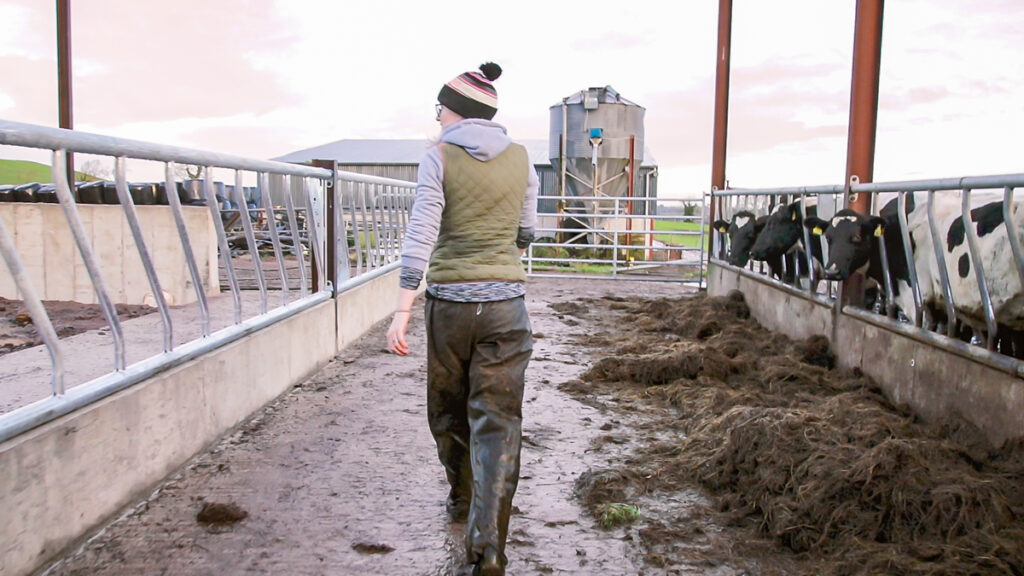 As it stands, the father-and-daughter team currently milk in a 13-unit parlour. However, there are plans afoot to bump this up to 20 units.

“In 2019, I’d be hoping that we would extend the parlour; everything is in place to suit a 20-unit parlour.

“We only put in the 13 units about three-years-ago. I knew originally then that I would want a 20 unit – even for 150 cows. Everything was set up, so all we will have to do is extend the shed and put in the extra units.”

In addition, a new cubicle shed is currently being constructed on the farm. This building will hold 70 cows and will add to the 110 cubicles already present. 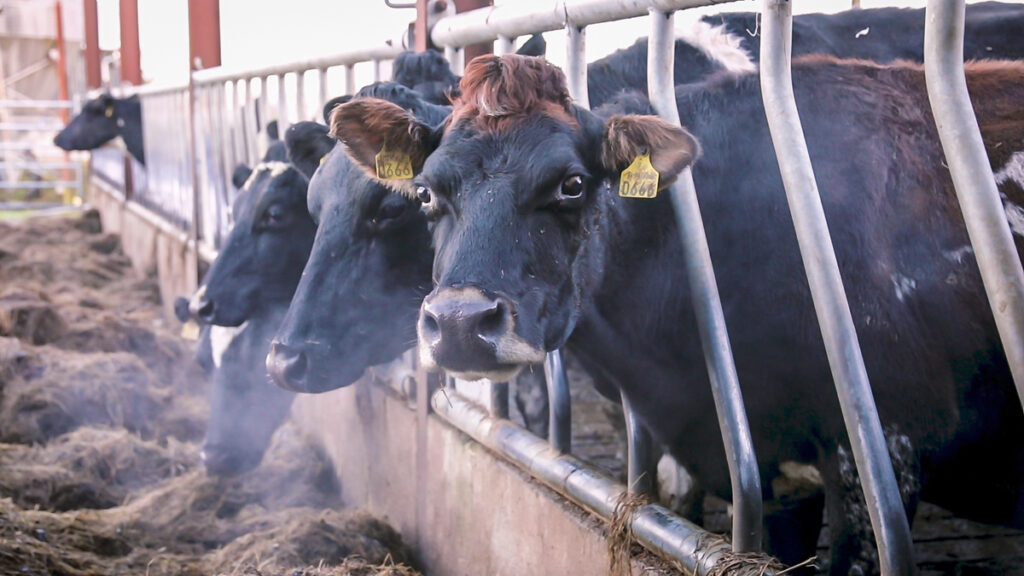 Away from the farm, Crowley is heavily involved in Macra na Feirme and vintage clubs. She is the secretary of Crecora, Manister and Croom Macra; Limerick & District Vintage Association; and the Greybridge Classic Club.

Being a part of such organisations is important for the young farmer, who added: “It’s a very isolated job at times. I know from my own experience, in this area, there isn’t a lot of young farmers.”

Earlier this year, Crowley also travelled to New Zealand, where she spent a period of six months.

“It was my chance to go abroad. Once I’m finished my degree, I’ll be home full-time farming and you don’t get the chance to take six months to go travelling.

Luckily enough, I found a great farm; it was in the North Island and it had 900 cows.

“They were split into three herds. In my first week there, I was given 300 Friesians to look after and decide where they were going and what were they eating, which was a big eye opener.”

From her time in New Zealand, Crowley seen first-hand how large herds were managed elsewhere. She realised how lucky she is to be farming in Croom.

“The farm I was on in New Zealand was very tight for grass and no grass silage was made on-farm. Instead, we had to rely on whatever maize we could grow.

“There was very little grass. I remember being told: ‘The cows are going into a certain paddock for 24 hours.’ But it looked like they had just came off the paddock.

“When grass silage was cut, it would probably only be acceptable for grazing here; the farm just didn’t have the grass base we have here.”

Advice for farmers starting out

Given the impressive journey that Crowley has undertaken, she has some worthwhile advice for other young farmers wishing to pursue a career in dairying.

“One of the key points is to have clear and open communication with the generation before you. If you are coming into a business, let them know your thoughts and where you see the business going through the use of a five-year plan.

It’s also important to accept responsibility; don’t be afraid to show that you are willing to work hard to contribute to the business.

“In my opinion, it’s also critical to seek and take appropriate advice. That could come from the farmer you are working alongside, another progressive farmer or from your farm advisor or consultant.

“If you are starting off, it’s important to build a relationship with the bank and let them know your thoughts, plans and where you see the business progressing going forward,” she concluded.