Pricing contracts are the “only way forward”, and this should be a “key action” of the Beef Market Taskforce, according to a candidate at this month’s Irish Farmers’ Association (IFA) presidential election.

John Coughlan argued that a contract system, similar to that of the the dairy sector, would restore “price, demand, certainty, and harmony in beef farming”.

“Meat Industry Ireland [MII]  has been deliberately slow in showing its hand on how it propose to resolve the crisis in a sector it is a key stakeholder in. The long-term viability of the beef sector has to also be the beef factories’ priority, and Irish beef farmers must take action and put viable solutions on the negotiation table,” the IFA Munster regional chairperson commented.

Coughlan claimed that, if he was elected the successor to Joe Healy as IFA president, he would put pricing contracts “on the agenda” within his first month in office, and would work with MII for that purpose.

“The lack of price certainty for Irish beef means farmers cannot achieve a sustainable income for their produce, which is an issue for the industry and has contributed to unrest, including the recent beef strikes,” he argued.

Coughlan also said that a contact system of this type would reduce the likelihood of backlogs in the factories, and would allow farmers to better manage their finances.

Looking at the dairy industry, the IFA presidential candidate argued that the success of that sector in recent years, since the abolition of quotas, was partially down to that sector being “designed for farmer investment due to the long-standing contract framework between dairy farmers and milk co-ops”.

Coughlan pointed out that, where farmers contracts exist in other countries, they “have been a driver in development, expansion and investment”.

He argued that a contract system for beef would “restore stability to Ireland’s beef industry and support us to rebuild the industry as a sustainable contributor to the economy”. 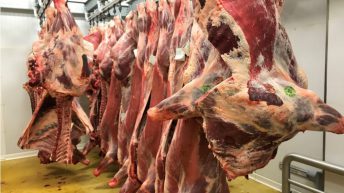 Beef Market Price Index: What does it mean for farmers?