The three presidential candidates – John Coughlan, Tim Cullinan and Angus woods – were quizzed on a number of contentious issues that are currently affecting farmers in the Cavan region.

Concerns regarding beef imports and TB eradication were two of the issues raised from the floor at the meeting.

All three candidates believed that the TB issue should be tackled from a wildlife perspective and were not in favour of proposals for twice a year TB testing.

Co. Wicklow beef, sheep and tillage farmer Angus Woods addressed concerns on Polish beef imports saying: “Bear in mind, last year, a total of 40,000t of beef came into Ireland. The vast majority of that came in from the UK and was exported back out as food product.

He outlined: “We have to bear in mind we’re exporting 570,000t of beef. We can not eat and never will be able to eat all the beef we produce. As an exporting nation, that [beef imports] is part of what we have to deal with, as part of Europe.

Commenting on beef import concerns, Co. Cork dairy, beef and tillage farmer John Coughlan said: “The reality is that transparency is our problem in this country. None of us know what is really going on in the beef industry.

“When you see the price of beef in Poland at €2.80/kg two months ago and we’re trying to compete with that.”

He outlined that Europe’s cheap food policy is a major issue affecting the price of beef and said: “We have to get a beef taskforce up and running and get transparency in the industry.”

Co. Tipperary pig farmer Tim Cullinan told Cavan IFA members: “I can’t confirm it but there’s strong rumors out there that there is a lot of Polish beef being imported into this country.

“That is depressing the price farmers are getting for beef at the moment and we have to ask the question why is there beef coming in and we’re being told farmers can’t kill cattle at the moment. That’s something we have to investigate.”

There was no deputy presidential debate last night as Cavan is the home county of candidate Thomas Cooney and therefore his opponent – Brian Rushe – made the decision not to attend. 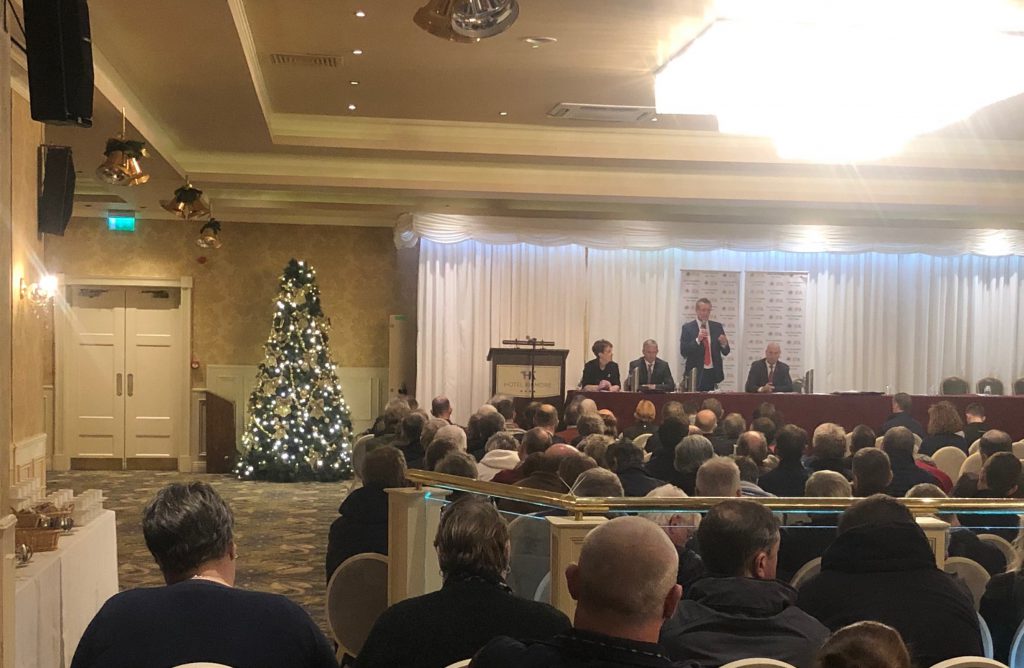 Stay tuned to AgriLand for further updates on the IFA presidential race.