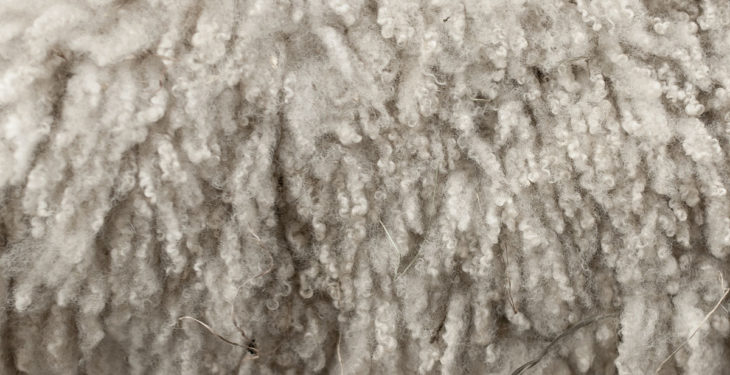 Irish wool is currently trading at 60c/kg for lowland wool and things aren’t going to be getting better any time soon, according to two prominent Irish wool merchants.

A representative for Dooley Wool Merchants and Exporters, based in Roscrea, Co. Tipperary, said that demand from China, a key market, has totally stopped – not just for Irish, but for British and European wool also.

The spokesman added that while Merino wool from Australia is popular, demand for Irish wool has completely dried up. A backlog of wool is already after building up in China so the outlook is not good for the immediate future.

Vincent Pierce, owner of Wicklow-based company Laurence Pierce Wool Merchants, was of a similar view. He said: “I just came back from China yesterday and cross-bred wool is out of fashion.

There is currently a backlog of wool that will probably take a year to clear.

“Our wool produces chunky white and Aran white [material] – which has completely gone out of fashion there. Last year, wool traded for $3, whereas this year it’s going for $1.80,” he added.

Pierce elaborated that China’s biggest buyers and wholesalers aren’t interested in European wool at the minute. Australian Merino wool – which is lighter – is doing well, but for Irish wool there is no improvement in sight for the foreseeable future.

This year’s price of 60c/kg is down significantly on the price from this time last year, when wool was trading for €1.00/kg, while it is less than half the price given in 2015, which was €1.30/kg. Unless things change dramatically, it’s going to be a long year for the wool trade.