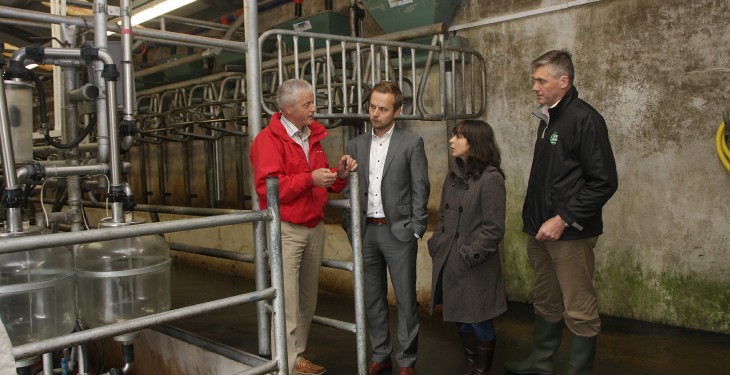 The buyers were from sister companies within the Jerónimo Martins distribution group which operates across Poland, Portugal and Columbia.

The industry was well represented with many dairy facility tours of Carbery and Kerry in Cork, Glanbia and Ornua as well as some retail store visits.

Poland, as Europe’s ninth largest retail market (IGD) with a population of more than 38m people, is seen as an emerging market for Irish food and drink companies within Europe and is one of the up-and-coming global markets tipped for further strong growth, Bord Bia said.

Many Irish companies already doing business in Poland started early in their own exporting history, because it offers a valuable strategic foothold into Central Europe and is a relatively low-cost market which is easily accessible from Ireland.

Bord Bia is further increasing it’s focus on the Polish market by organising a ‘Market Study Visit’ combined with a ‘Meet the Buyer’ event in Warsaw in late September during which up to ten Irish food and drink companies will meet retail and foodservice buyers.

The annual Flavours of Ireland dinner, organised by the Irish-Polish Chamber of Commerce, will also take place at this time offering Irish food and drink companies an opportunity to network with buyers and importers while showcasing the best of Irish food.

In Portugal, a market with 10m consumers, Irish food and drink exports were valued at €27.6m in 2014, showing an increase of 20% on the previous year, it said.

According to Bord Bia, Irish dairy exports for the first half of the year to Portugal grew by 44% and even though infant formula remains the main product exported, cheese and butter showed big increases, mainly due to the re-introduction of Kerrygold in the main Portuguese retailers.