The Ploughing dates back to 1931 and we can thank two competitive farmers for it! 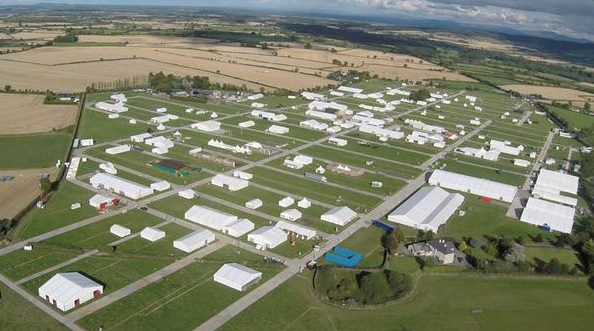 Today’s National Ploughing Championships can trace its roots back to 1931 when the first inter-county ploughing contest took place after two friends got into an argument about which of their respective counties had the best ploughmen.

The argument, which was between Denis Allen of Gorey, Co. Wexford and J.J. Bergin of Athy, Co. Kildare, resulted in a challenge being called for.

Since then, the National Ploughing Championships has grown in size, year on year and it has expanded from requiring a small field of 26ac to needing over 800ac of land today.

Within this, the NPA said that the site now requires 180ac for ploughing, 80ac for trade stands and exhibition space, 400ac of car parking and a demonstration area of approximately 25ac.

The National Championships is now no longer just for ploughing or machinery enthusiasts, the modern event now features something for just about every member of the community.

Along with this, there are many entertainment and special events taking place such as fashion shows, sheep dog trials, loy digging, All-Ireland Lamb Shearing, craft demonstrations and celebrity cookery demonstrations.

At the 2015 National Ploughing Championships, which takes place at Ratheniska Co. Laois, over 200,000 thousand are expected to attend what has become Europe’s largest outdoor event.

There will be over 1,500 trade stands at this year’s event, organisers have said.