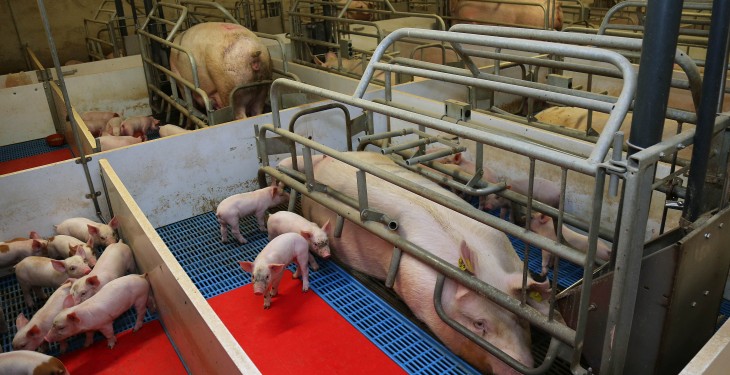 Plans are afoot in Russia to create a pig production cluster which is to have a capacity for 1.2m head of pigs, the majority destined for the Chinese market, Global Meat News has reported.

The production plants are planned for the far east of Russia, along the Chinese border.

It is understood the investment is in the region of RUB 72 billion (€860m) and two Russian companies, Rusagro and Mercy Trade, are to run the facilities.

The Govenor of Primorsky Krai, Vladimir Micklushevsky, has said that the region has a 1,100km border with China.

“More than 400m people live just a two-hour flight away from our country, which is a huge market.

“So we have created a ‘priority territory for development’ and now Rusagro and Mercy Trade are planning pork production plants in the area.”

Russian Agriculture Minister Alexandr Tkachev said that the far east [of Russia] is a promising area for investment.

There are many special economic zones and territories for priority development with privileges and preferences for investors concentrated in this area.

“As a result, Primorsky Krai has attracted a number of powerful players in the agro-industrial business.”

According to Global Meat News, the planned development will be the largest in Russia outside of the main producing regions in the south west of the country.

The First Deputy Govenor of Primorsky Krai, Sergey Sidorenko, said that over the next three years, the two companies will “saturate the market of Primorsky Krai [with pork] and will also achieve the volumes needed to allow them to launch exports to neighbouring states”.

It is understood that Mercy Trade plans to invest the equivalent of €232m to construct seven pig farms, which will handle 540,000 head of pork. It also has plans to have a processing facility, feed mill and to cultivate soybean and corn in the region.

Meanwhile, Rusagro is to construct 10 pig farms in the region which will handle 700,000 head of pigs by 2017. Along with a feed mill, slaughterhouse and processing facilites, Rusagro’s investment is to cost in the region of €627m.

It is reported that the joint capacity of the two facilities would be close to 120,000t of pork per year and the project should be commissioned by 2018.

Russian companies are currently going through certification procedures and the Chinese market is expected to open to Russian pork exports in the near future.