According to latest figures from Bord Bia pig prices were nine per cent lower for the first week of March when compared to the same week last year.

In terms of throughput it said the week ending 1 March total pig supplies at export meat plants stood at around 55,200 down around 2,000 head or four per cent on the corresponding period last year. Supply continues to be up with cumulative supply around 1,600 head up on the same period in 2013.

In Britain, Bord Bia said trade was reported as quite reasonable over the last week. It said prices have stabilised on the back of a slight increase in demand.

Bord Bia noted in France, prices decreased again last week with increased supplies and the Russian ban for European product continuing to affect trade. In France the price was €1.41/kg

It also found in the Netherlands the price was unchanged at €1.45/kg. 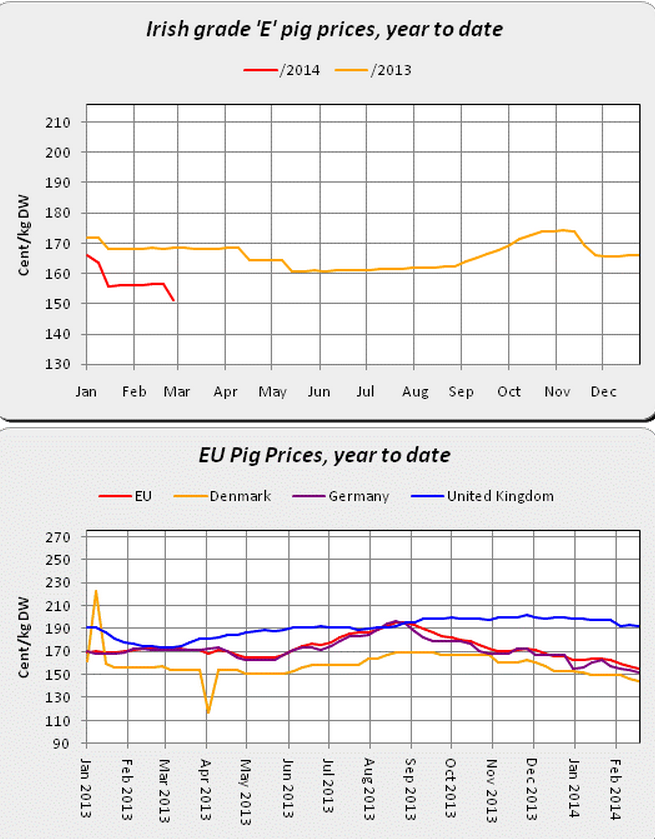