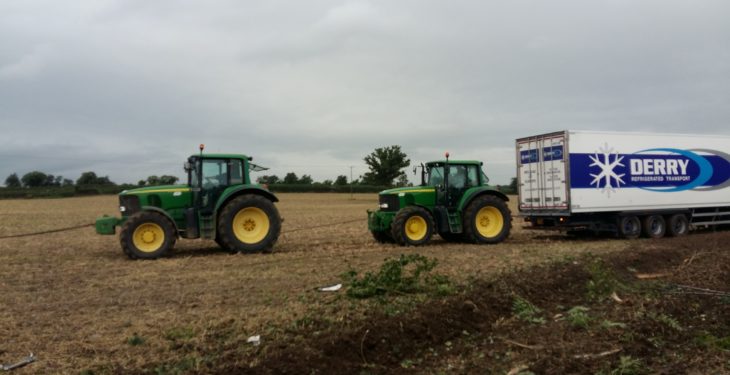 Tractors and a telehandler were called in to retrieve an articulated lorry that was left stranded in a stubble field.

The lorry was reportedly travelling northbound on the M7 motorway when it is believed to have left the road between junctions 15 and 16.

The incident allegedly took place at approximately 4:00pm on Thursday, August 24, with the lorry ending up “some distance” into the field. 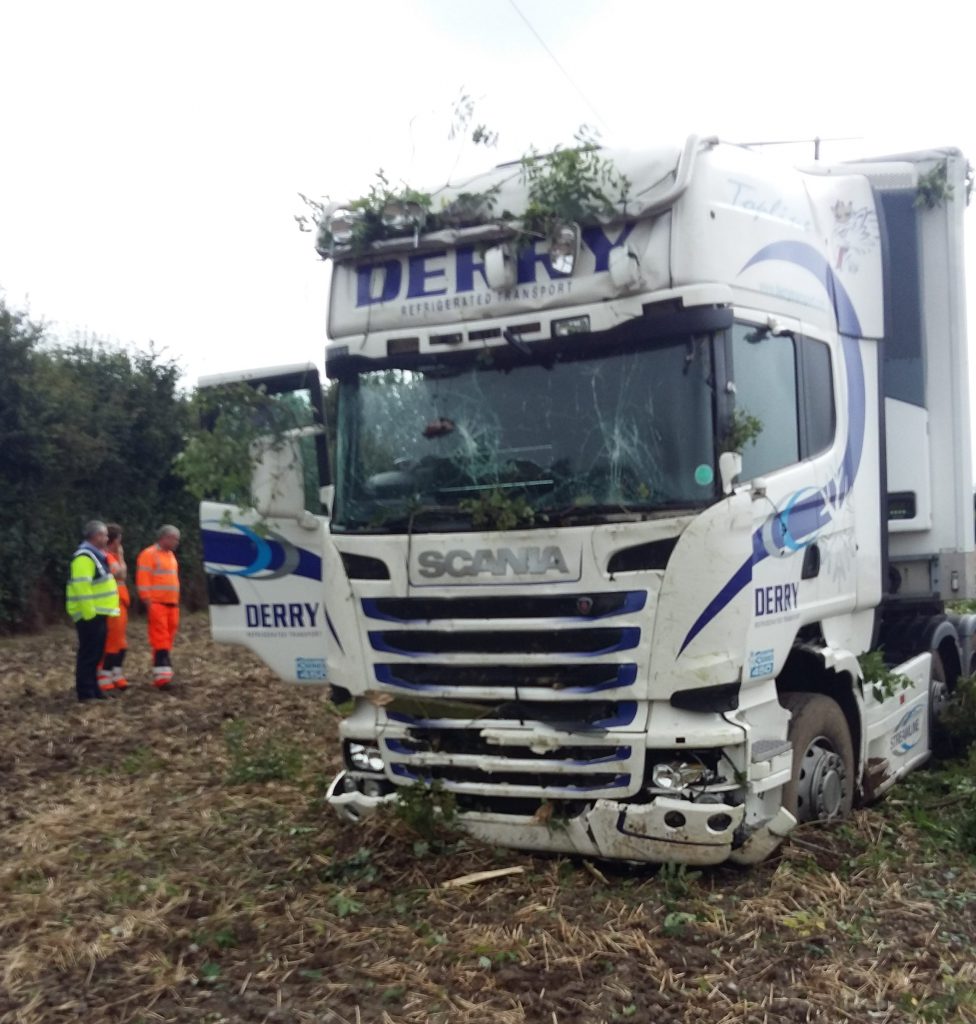 Thankfully, the driver reportedly walked away from the incident uninjured. The articulated lorry was towing a refrigeration unit – which was believed to be carrying cheese – when it left the road.

Two John Deere tractors, as well as a John Deere telehandler, were called in to help retrieve the articulated lorry from the field. 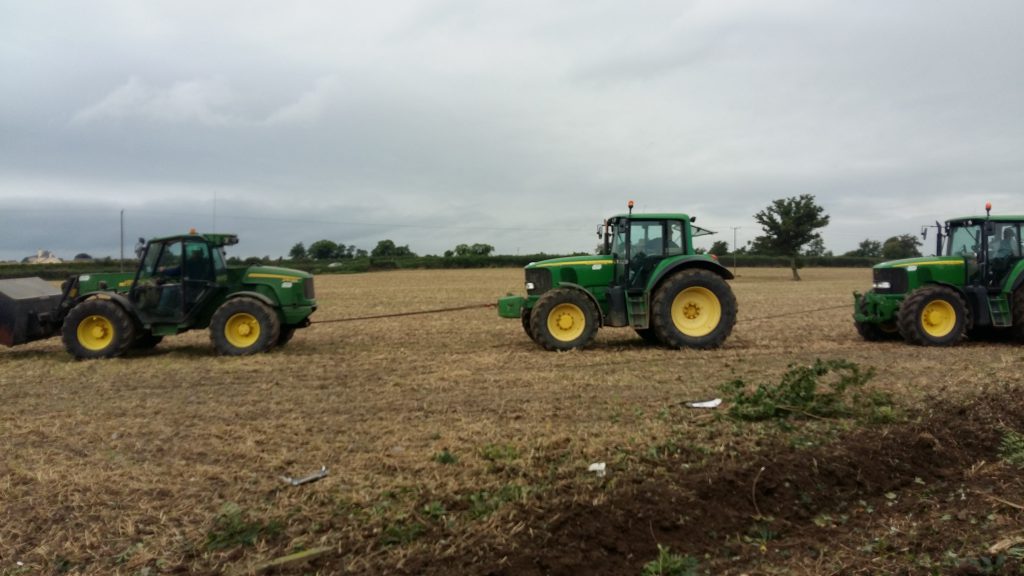 Farmers and contractors pull together to help flood-hit areas

In recent days farmers and contractors pulled together in an effort to help communities affected by the floods that occurred as a result of torrential rain early last week.

A total of nine tractors with umbilical slurry spreading systems were being used to clear a stretch of the A5, the main Strabane to Derry road.

In other cases tractors, pumps and slurry tankers were utilised in an effort to clear roadways, rescue people stranded in cars and remove water from flooded fields.

Farmers’ crops in the worst affected areas have also been severely damaged by the floods. Fields have been submerged by close to a reported 7ft of water in some cases.