Overturned tractor trailer spills its contents all over the road 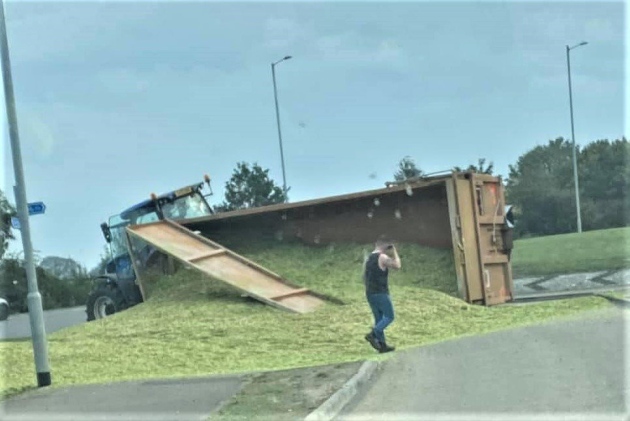 Motorists in Cambridgeshire in the UK have faced large delays today (Wednesday September 16) after a tractor trailer overturned which forced the partial closure of the A142 near Lancaster.

A picture taken from the scene of the accident shows the trailer overturned onto its side with its contents spilled out onto the road.

“We were called at 9.18am with reports a tractor had overturned in Lancaster Way on a roundabout near Witchford,” said a spokesperson for Cambridgeshire Police.

No injuries have been reported, but there was a significant amount of debris on the road. The tractor was towing a trailer containing crops.

“Delays are expected while the scene is cleared and motorists are advised to avoid the area if possible.”

A Scottish farmer has been accused of dumping “stinking” bales of silage in a car park in John O’Groats in an effort to stop holidaymakers using a public car park near his land.

Tourists to the area were left in shock after the seeping bales were left in the car park last week blocking vehicles in.

It has been reported that the farmer is furious that campers are using the land next to the car park to park up and pitch tents to camp on.

Three bales were left in the car park near Duncansby Head Lighthouse which is the most north-easterly point of the British mainland.

One of the bales is shown to have a large split in its wrapping which shows the seeping silage spilling out of the bale. 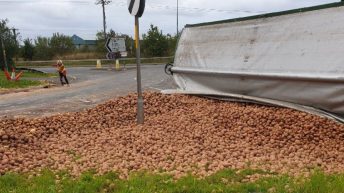 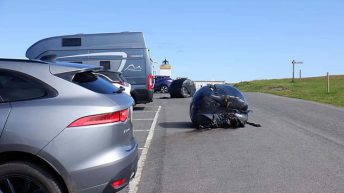