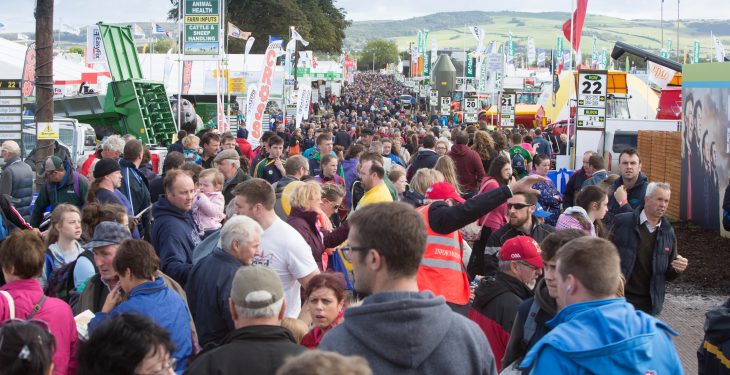 Due to unprecedented demand bookings for Ploughing 2016 are up almost 30% on this time last year, National Ploughing Association (NPA) Managing Director Anna May McHugh has said.

The Managing Director said that it was a “real seal of approval for the event” that so many have already committed to the 2016 event.

“It is the primary aim of the NPA to make the event better every year for visitors and exhibitors alike and early bookings gives the NPA much more design time.”

This year the core agricultural machinery companies, as always will be the anchor exhibitors of the championships showcasing hundreds of thousands of euros worth of the latest technology, according to the NPA.

The NPA is also at the planning stage of a few new initiatives in the machinery sector of the event which it says will add an interesting dimension together with a range of new exhibitors featuring in Screggan this September creating a thrilling mix for visitors.

Advertisement
With record crowds of 281,000 visitors in attendance last year and excitement building already about this year’s new venue, signals would suggest another “great ploughing” is on the way.

The Livestock Arena, Food and Lifestyle Villages are almost fully booked with the huge “dome” back again featuring over 100 exhibitors.

Organisers have said that the motor arena will be significantly bigger following hugely positive feedback in this sector last year.