Over 500,000 households have been left in “broadband limbo land” as a result of developments this week, according to Fianna Fail TD Eugene Murphy.

Deputy Murphy has said that the Government’s National Broadband Plan has descended into a “farcical shambles” after eir decided to withdraw from the procurement process, leaving a consortium – comprising of Granahan McCourt, enet, SSE and John Laing Group plc – as the sole bidder.

Initially, the roll-out of the National Broadband Plan – which has been beset with one delay after another – was promised in 2011, for delivery in 2016. This was delayed until 2023, and now with only one remaining bidder it has descended into a chaotic mess, the Fianna Fail TD said.

How can we be sure we are getting value for money with one sole bidder left in the race? We now have over 540,000 households left in serious broadband limbo land.

“There are families, farmers and businesses throughout rural areas, including my constituency of Roscommon/Galway, who are extremely worried that they will never get the broadband they need.

“Farmers are required to complete more of their applications for schemes online; but, it’s impossible if they don’t have broadband.

“People who want to work from home or set up new businesses, farmers who want to access Department of Agriculture services, and students who want to engage in more e-learning are all waiting for the Government to deliver broadband to their communities.

Deputy Murphy indicated that business people in his own county of Roscommon have told him that they will be forced to move out of the region if high-speed broadband is not delivered.

‘Potential to scupper the whole project’

Meanwhile, eir’s decision earlier this week has the potential to scupper the whole project, according to the Irish Cattle and Sheep Farmers’ Association’s (ICSA’s) Rural Development chairman, Seamus Sherlock.

Echoing similar sentiments to Deputy Murphy, Sherlock said: “Farmers and small businesses around the country are being significantly held back by the lack of broadband. Farms, businesses and entire rural communities are being left behind, which is completely unacceptable in this day and age.

The rest of the world is moving on and farmers are required to complete more of their applications for schemes online; but, this is impossible if you don’t have those facilities.

The fact that there is just one sole bidder left in the procurement process is cause for concern, Sherlock said.

“This is a real concern; over 500,000 homes and businesses in rural Ireland are now reliant on this consortium. Where will we be if they too pull out and, even if they remain in the process, how can we expect to get a fair result in a one horse race?”

Sherlock called on the Minister for Communications, Climate Action and Environment, Denis Naughten, to clarify the situation as a matter of urgency.

The seemingly endless series of delays in this project have left people in rural Ireland at their wits’ end, according to independent TD Mattie McGrath.

It is absolutely unimaginable that the near non-existent and intermittent service would be tolerated in Dublin or anywhere else outside rural Ireland.

“I genuinely do not think that there is sufficient awareness in Government of the scale of the problems this is creating – not only on a daily level; but, also in terms of trying to progress regional and industrial development.

“What business is going to locate to an area that cannot access even basic services, like a decent speed broadband system? The withdrawal of eir has clearly highlighted fundamental and systemic obstacles that this Government is doing nothing to address,” he concluded. 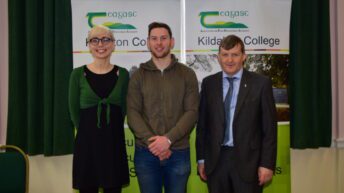