Over 1,000 dairy farms have closed in England and Wales over the past three years, according to figures from AHDB Dairy.

The figures show that there has been a steady decline in the number of farms in the dairy industry in England and Wales since 2005. 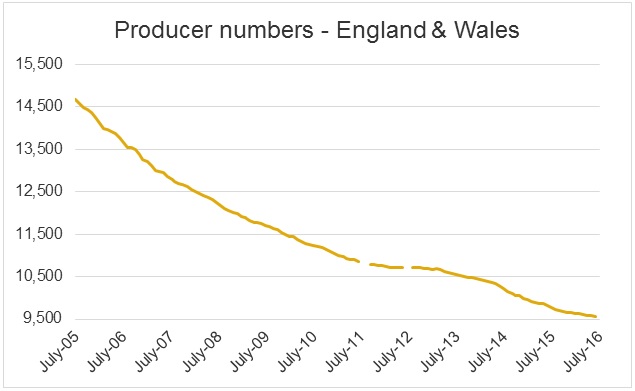 Producer numbers have continued to drop month-on-month, with the latest AHDB figures showing that producer numbers for England and Wales stood at 9,538 at the beginning of July 2016, a fall of 21 (0.2%) from the previous month.

Compared to the same month in the previous year, producer numbers are down by 239 (2.4%).

Also Read: Dairy prices remain on course to rise in the first half of 2017 – Rabobank