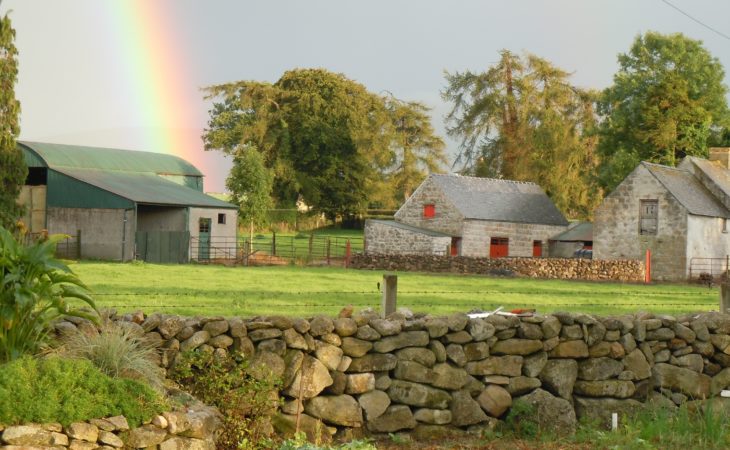 Following a year-long competition and hundreds of entries, Macra na Feirme and Bord Bia have revealed the winner of their #OriginGreen #ItStartsHere photo competition.

The worthy winner was announced as Pat Sheehan from Borris, Co. Carlow, with his photo entitled ‘Gold Under Haybarn’.

The photograph was chosen from 12 finalists because the competition judges felt it best captured farming sustainability.

According to Macra na Feirme, the winning photo illustrated:

Winning photographer Pat Sheehan said: “We are ecstatic to win it. We have a small farm – 17ha – with a suckler beef and sheep enterprise in Kilcoltrim, Borris, Co. Carlow.

“We have a beautiful view of Mount Leinster, as well as my wife Elizabeth’s old homestead farmhouse and farmyard from our kitchen window.

“We restored an old granite cow house in 2017 with the aid of The Heritage Council Old Farm Buildings grant and we were sitting down to tea admiring the evening sunlight catching the stonework on the building, when a rainbow appeared over the haybarn,” Pat explained.

It was just a fleeting moment in time, and a short window of opportunity to get the snapshot and we were lucky to get it.

The aim of the #Origin Green #ItStartsHere photo competition was to raise awareness about the achievements and beauty of sustainable practices on Irish farms.

Macra na Feirme and Bord Bia chose a photo during each month of 2017 that best represented those practices and each of the 12 winners collected a prize of €200 for being the monthly winner.

The judging panel for the overall prize comprised of representatives of the Irish agricultural media world – including AgriLand’s own Claire Mc Cormack.

Teresa Brophy, consumer and trade marketing manager at Bord Bia, said: “Pat’s photo demonstrates how farming sustainably protects the family farm and the lifestyle from an economic and social point. It shows how a farm can be embedded in the environment.

Across Ireland, farmers are working to improve their sustainability efforts through the Origin Green initiative so we can continue this heritage into the future.

Macra na Feirme national president James Healy also commented, stating: “This photo captures how farming evolves over time and, despite moving with the times, a farm can still feed into its local environment in a natural way.” 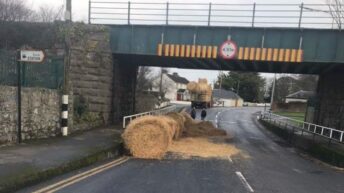