On Thursday, the Grennans opened the gates of their farm to 50 visitors as part of the Department of Agriculture/Teagasc series of organic farm walks.

The father and son team, who supply Glenisk Tullamore, are one of the largest suppliers of organic milk in the country and their 65.5ha farm (44.5ha owned and 21ha leased) is currently stocked at 1.7LU/ha.

Faced with the prospect of providing incomes for two families, the Grennans looked at either increasing cow numbers, under a conventional system, to 200 or to milk 100-120 cows under an organic farming system.

The Offaly-based duo chose the latter option and began a two-year organic conversion programme back in early 2010.

Prior to converting to organic, the Grennans milked 60 spring calving cows, but milk price volatility along with cost of inputs made them consider other options. 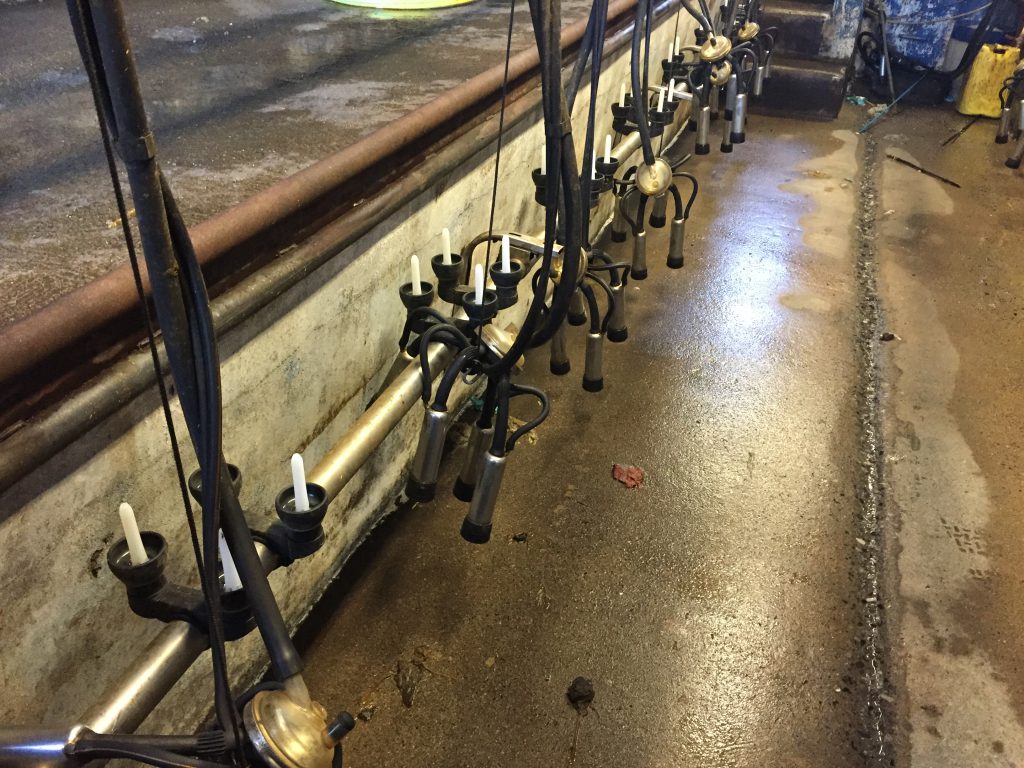 The Grennans plan on milking 110 cows for the autumn/winter 2017-2018 period, but as it stands the farm is currently carrying 94 cows.

Darren described the cows on the farm as being 75% British Friesian and 25% Holstein Friesian – a combination that he has found to work well under the organic system.

He added that the cows in the herd are relatively young and the herd has a higher than normal replacement rate due to the expansion which is currently underway.

The herd is an Autumn/Spring calving herd, but the majority of the cows calve in the back end of the year to capitalise on the improved milk price for milk supplied over the winter months.

Last year the cows on the farm produced 6,164L at an average Butterfat and Protein percentage of 4.0% and 3.6% respectively. 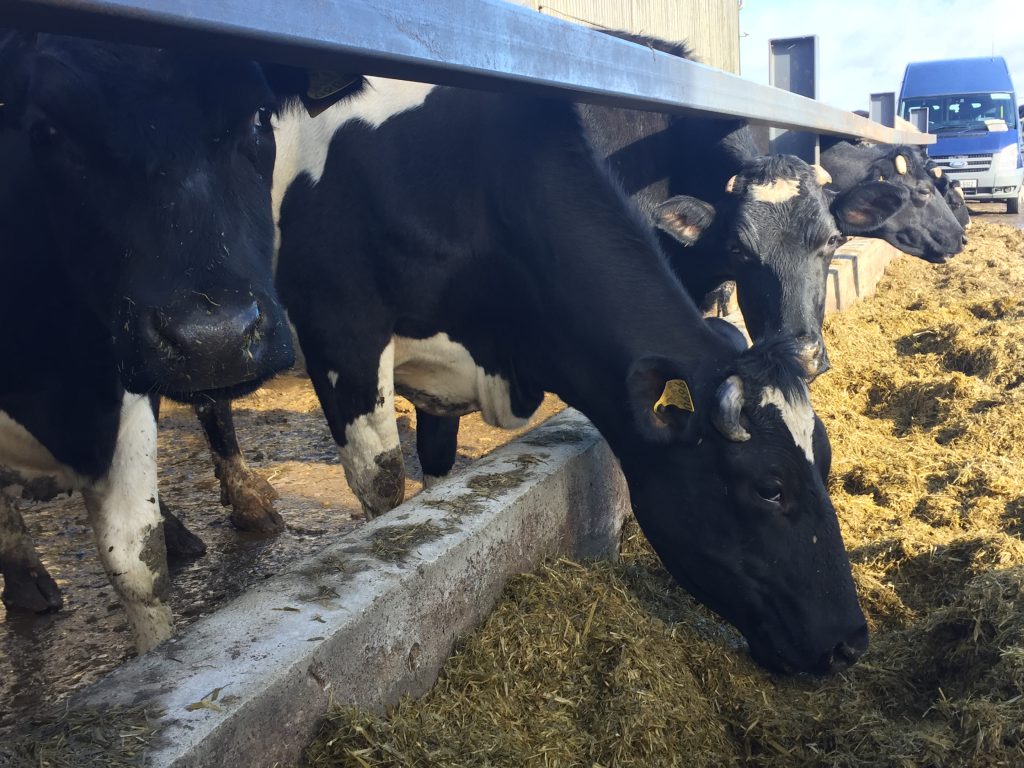 Fertility performance of the herd (2016):

This level of production was achieved on a concentrate input of 0.9t/cow, zero-grazed grass, grazed grass and an arable silage diet.

Darren explained that the average concentrate cost in 2016 stood at €550-560/t, which on a per tonne basis is considerably higher than concentrates fed under a conventional system.

Why milk cows over the winter months?

As briefly mentioned, the Grennans predominately operate a winter milk herd to capitalise on the higher milk price offered for organic milk over the winter months.

Approximately 90% of the cows calve from October to December, while the remaining 10% calve from February to March.

The peak in autumn calvings coincides with the period when the Grennans are contracted to supply organic milk to Glenisk Tullamore at a milk price of 60c/L (November to March).

Between the months of April and October the organic milk price drops to 34c/L, which put the average milk price received by the father and son team in 2016 at 49c/L.

Unlike conventional milk pricing which has switched to the A+B-C method of calculating returns, organic milk is paid on a volume or per litre supplied basis.

Teagasc Advisor John Hardy touched on the costs associated with the Grennans production system on the day of the farm walk.

The farm has a milking platform of about 44ha including 24 paddocks around the main yard, with cows being generally grazed outdoors from late March to October. 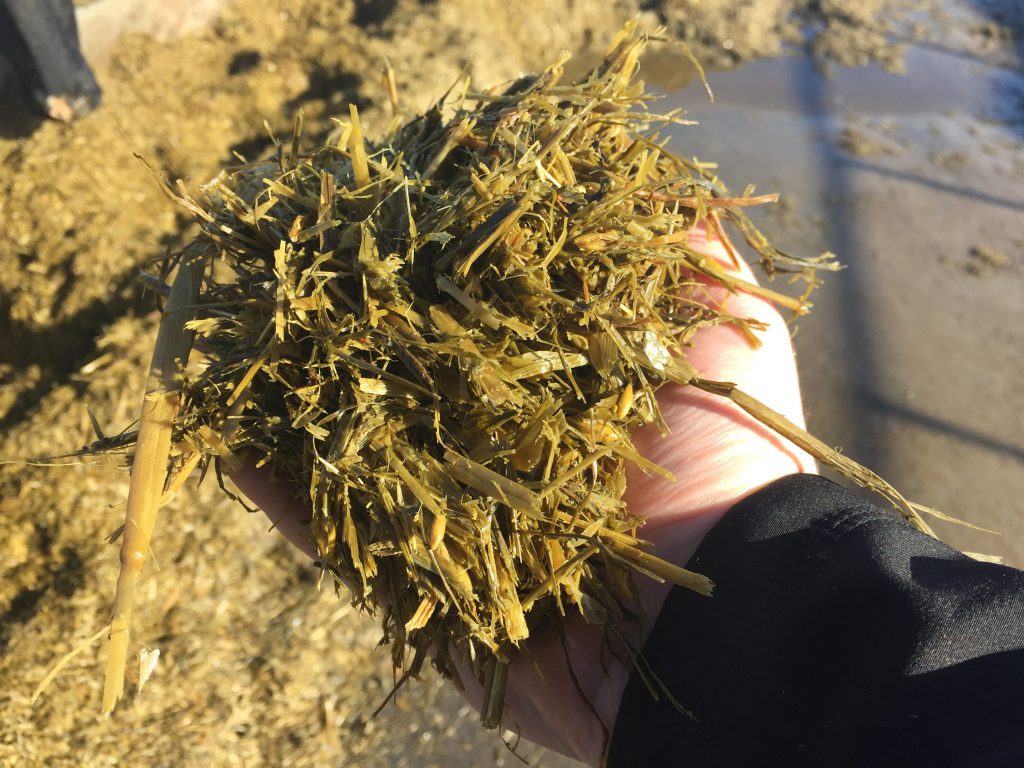 In 2004, a zero-grazer was purchased to improve access to grass both early and later in the growing season, especially from grazing fields further away from the farmyard.

This method allowed the Grennans to get zero-grazed grass into their cow diets during the month of November last year.

Silage, both grass and arable, also plays an important role in the system.

Given the high level of production achieved on the Grennan’s farm and the removal of Phosphorous and Potassium in milk, soil fertility is beginning to become an issue on the farm. 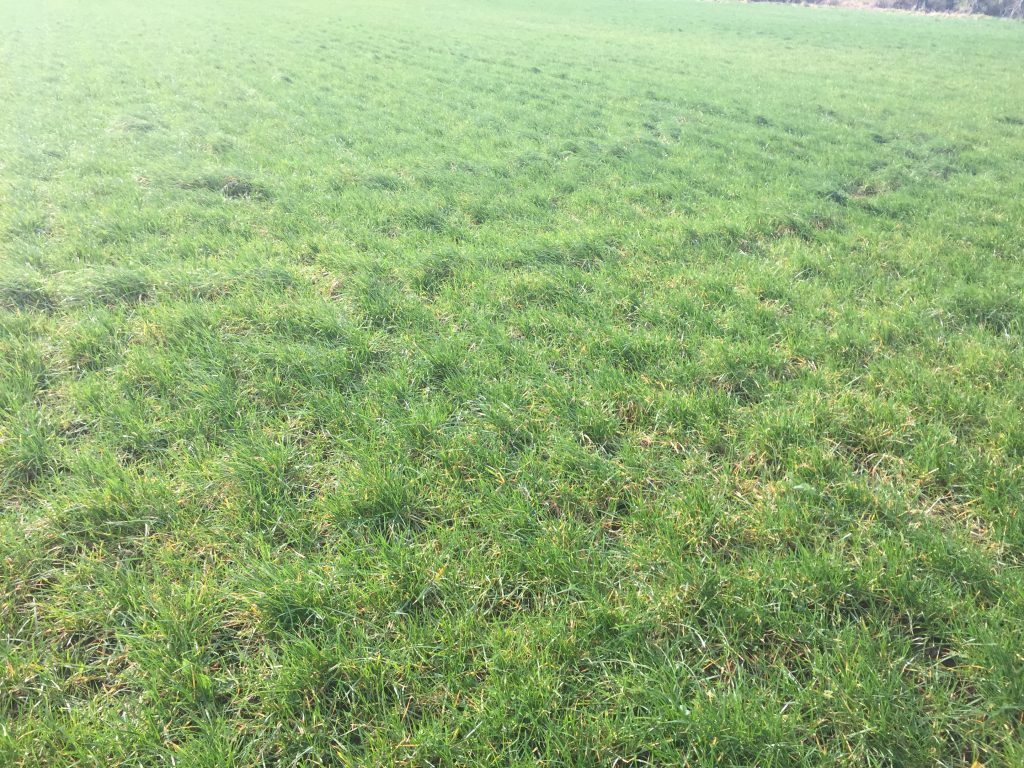 To address this issue, Teagasc advisors suggested importing dairy sludge, as the use of conventional fertilisers is not accepted under organic farming regulations.

Dairy sludge, which is available from Glanbia Ballyragget, is seen as a good source of nutrients for organic farms as one tonne of sludge can provide 8kg of Nitrogen, 11kg of Phosphorous and 2kg of Potassium.

Farm yard manure and cattle slurry are also available and these have a fertiliser equivalent of 3:2.5:12 (N:P:K) and 6:5:30 respectively.

Making the switch to organic tillage - 'It wasn't all about money'