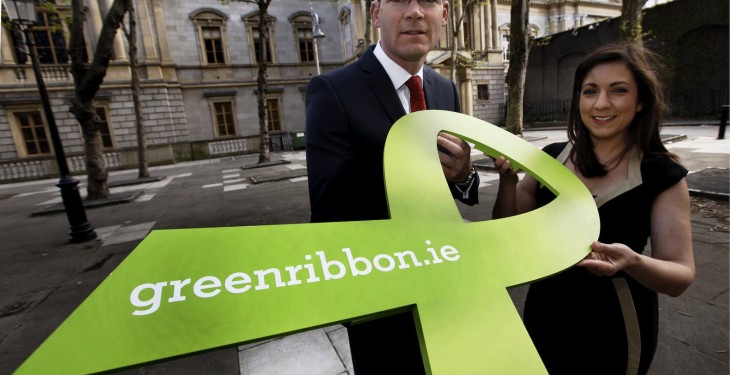 Some 33% of famers would delay seeking professional help for fear of others finding out, according to a recent survey on mental health, while 72% would not want others to know if they had mental health problems.

The survey was highlighted by the Minister for Agriculture, Food and the Marine, Simon Coveney, who joined with See Change and a host of farming organisations in calling for farming communities around Ireland to take part in the annual Green Ribbon Campaign this May, which aims to promote open discussions of mental health.

As part of See Change, the national mental health stigma-reduction partnership the IFA, Macra na Feirme, the ICSA and the ICMSA, the Irish Country Womens Association and Teagasc are working together to encourage open discussion of mental health among Irish farmers.

According to a recent survey conducted by See Change, the National Stigma Reduction Partnership, 15% of farmers now claim experience with mental health problems, up from 3% in 2010. This is the biggest increase in direct personal experience of any group surveyed.

The Green Ribbon campaign, organised by See Change, will involve the distribution of 300,000 green ribbons and hundreds of local and national events. This social movement to encourage a national conversation about mental health is led by 90 partner organisations, hundreds of volunteers and an unprecedented 50 campaign ambassadors with real-life experience of mental health problems ready to share their own stories to help others and end stigma.

Speaking about the campaign, the Minister for Agriculture: “Initiating the conversation in relation to our attitudes and behaviour towards mental health is everyone’s responsibility. We all have a role to play in creating a movement for a real change in outlook and I would like to congratulate the Green Ribbon campaign for their excellent work in broaching this issue and promoting this hugely important message.”

John Saunders, director of See Change, said “You don’t have to be an expert to start talking about mental health and wearing the Green Ribbon is a simple way of standing up to the silence that breeds stigma. It is inspiring to see more than 50 ambassadors coming forward to openly talk about their own experiences of mental health problems to show than anyone can go through a tough time and recovery is possible.”

As part of the campaign, 300,000 green ribbons will be distributed free of charge and nationwide at Irish Rail stations, Citizens Information centres and MABS offices during May.