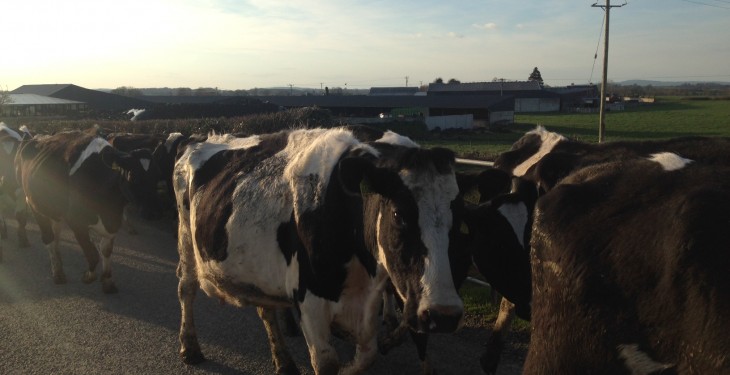 There is huge interest in the once-a-day (OAD) milking conference organised by Teagasc for the Horse and Jockey Hotel, Thurles, Co. Tipperary, this Friday (January 12) – from 1:30pm to 4:30pm – according to Teagasc business and technology dairy advisor, Brian Hilliard.

“We are getting a lot of calls from throughout the country on the subject. A lot of farmers would like to go at it but are afraid to take the plunge,” said Brian, who is also facilitator of the country-wide OAD discussion group. “There are a whole lot of reasons for the interest including: less requirement for labour; enhanced lifestyle; and land fragmentation,” he said.

There is a gradual move towards OAD milking, with an estimated number of approximately 50 farmers throughout the country currently undertaking it for the entire lactation period.

“It is a big change both for the cows and the farmer – with major benefits for both. The significant changes for the farmer are that it frees up a lot of time and cuts back on the need for labour.

“However, something to be borne in mind is that milk yields will be hit for the first year, so there will be a financial loss. Cell counts can be an issue if you are not on top of things,” said Brian, who is based in Dungarvan.

Making the changeover can be daunting, and his advice is to speak with Teagasc advisors and good OAD farmers with a number of years of experience, before going ahead.

Your farm management has to be every bit as good – and better – with OAD. You still need to have good grassland management and good control of cell count. The cows need to be managed every bit as well.

The shortage of good workers in the dairy sector is unlikely to improve at a time when there is an economic upturn, he said. “OAD milking is one solution, and anyone doing a reasonably good job with it would not go back to twice-a-day (TAD) milking.”

An enthusiastic proponent of OAD milking is Gillian O’Sullivan, who runs a 100% dairy enterprise with her husband, Neil, and her father, Michael, just outside Dungarvan.

For ease of management, the family, on Hilliard’s advice, decided to milk OAD from April 2009. Gillian and her husband, both vets, relocated from Dublin to the farm in 2010, learning the ropes of dairying and continuing with OAD milking. They took over the running of the farm in 2013.

“This year we milked 100 cows on our ninth season OAD and expect to produce approximately 390kg of milk solids per cow. After the initial drop in production, we have improved by breeding only from cows suited to OAD.”

Gillian noted that crossbreeding helped with the process, adding that Jersey and crossbred cows are more suited to OAD. “Udder strength is something we always focus on as weak udder ligaments are not that suited to milking OAD,” she said.

Advertisement
Her key piece of advice is to have good cows as she said that OAD magnifies faults that might be tolerated on a TAD system, such as poor production.

With three young children, the time freed up is a major benefit. “We spend, on average, 33% less time in the parlour than conventional milking systems for comparable output.”

Other positives, she said, include improved fertility as the cows are under less pressure in early lactation, and fewer cases of lameness as walking distances are halved.

As chairperson of the POADII discussion group (Pioneering OAD in Ireland), she is seeing an upsurge in interest in OAD. “The big stumbling block is the transition period. Without having research and guidelines, you are relying on the experience of someone having done it before you or taking a leap of faith if you don’t have contacts,” she said.

The discussion group, which is grass-focused, involves the 25 members submitting their grass and milk figures every two weeks for comparison. This pooling of figures provides a good benchmark, she said.

“Teagasc will be doing OAD milking for a couple of weeks in the spring for the Moorepark herd to reflect the labour saving, and this is a step in the right direction. I hope in the long run that OAD will be introduced for one of the full-time research herds,” she said.

The conference is a first here, Gillian noted, adding that “it has already generated huge interest”. There have been calls for information from outside Ireland as well, with some young Irish farmers in New Zealand getting in touch for conference notes or web-based recordings of the sessions.

Many young farmers are interested in having a good work-life balance. This of course can be achieved on large-scale farms that employ people, but what about the one-person unit? Can average size herds have the same balance?

Other potential beneficiaries of OAD are fragmented farms with long walking distances, the farmer siad, as a way to reduce walking distances while getting to graze from further away parts of the farm. This option might be attractive to some.

“OAD farmers here in Ireland are enjoying the benefits of a better work-life balance on their farms. Exploring how this can be achieved while being profitable is why there is such interest in the conference,” she said.

Speakers from Teagasc will be giving talks on cell count issues and breeding at the conference, while Donal O’Loughlin will speak on farmer experiences. The POADII discussion group will also be in attendance to answer questions and talk to interested farmers.

“This is a great opportunity for anyone who has an interest in milking OAD; all experience and expertise on the topic in Ireland will be in the one place,” said Gillian.

On the financial side of things, OAD solids averaging 5.21% fat and 4.07% protein, delivered 32c/L in 2016 while the increase in milk price in 2017 equates to over 44c/L; without any milk fixed, that equates to a very robust farm system that can handle volatility.

“No wonder interest is growing in OAD,” Gillian concluded. 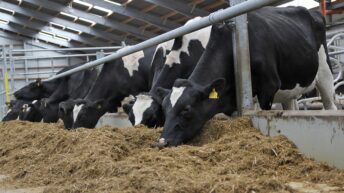