Where now for slug control without Draza? 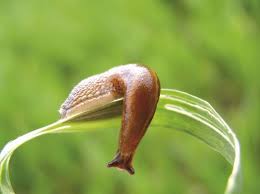 Gordon Port, from the Mollusc Centre of Expertise at Newcastle University, spoke on the issue at a recent Teagasc vegetable conference. He advised to use molluscicide pellets, but at the right time and place.

There are more than 30 species of slugs in North West Europe. The three main slugs that regularly cause problems to crops include the field slug, the round black slug and the Keeled slug. The nature of the problems include damage, contamination and loss to plants.

According to Port, in the UK market alone the costs of slug damage is estimated to be up to €7m for its potato crops and €3m for its wheat crop.

In terms of pest control with Draza, Port said that sampling of a crop area key to identify slug problems.

In winter (cold) and summer (dry) slugs are not active as they rest below vegetation or in the soil, he noted. In extreme conditions they move into soil cracks and crevices and may be found up to 2m deep.

Port said it was key to identify sites at risk. For example, he outlined the risk factors for wheat include heavy soils, previous crop with dense canopy, seedbed coarse tilth, seed sown near surface and a history of slugs at site.

In terms of the biological control of slugs, Port said a number of natural enemies identified. He said nematodes (Phasmarhabditis hermaphrodita) can be applied like a pesticide and he cautioned there can be good results, but too expensive to use on arable crops.

He stressed that targeting molluscicide use was vital. Identify sites at risk from slugs and discriminate between sites with small and large populations, he advised.

Predict the timing of attack and treat when conditions for activity are good, he added.