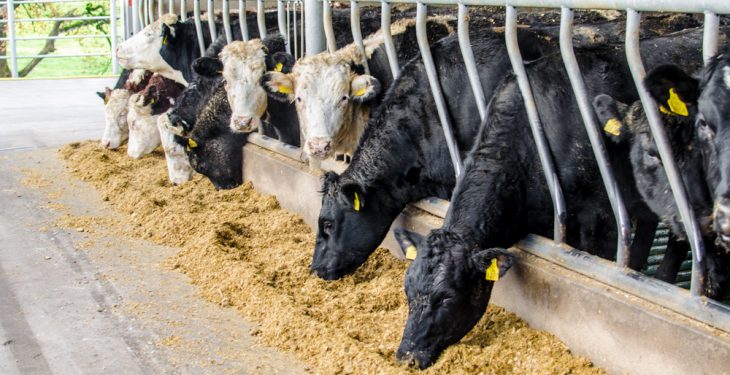 The north/south price difference for an R3 grade heifer stood at 23.2c/kg in the week ending February 5, latest figures show.

At the end of the first week in February the Irish heifer price stood at 383.9c/kg, figures from the Livestock and Meat Commission (LMC) show.

This represents an increase of 1.7c/kg, meaning Ireland remained in eight position in the EU price league table, from the 382.2c/kg paid in the corresponding week in January.

Farmers in the North received the equivalent of 407.1c/kg in the week ending February 5, which placed it in fourth in the league table, a decrease of 6.5c/kg in the space of four weeks.

Bristish heifer prices managed to climb from third to second in the EU league table despite recording a decrease in price.

In the week ending February 5 an equivalent R3 heifer price of 419.2c/kg was paid to British farmers, this had previously stood at 423.9c/kg in the week ending January 8, according to the LMC.

British prices remained significantly ahead of prices on offer in the Republic of Ireland (35.3c/kg) and in the North (12.1c/kg) at the end of the first week in February.

These equated to a difference of €98.84 on a 280kg heifer carcass with regards to Irish prices, and a €33.84 difference on the same carcass when compared with prices in the North.

In the week ending February 5 the British and EU average price differential narrowed to 36c/kg, compared to the 43.9c/kg that was evident at the beginning of January, figures show.