Non-farmers are buying more land than farmers in the UK 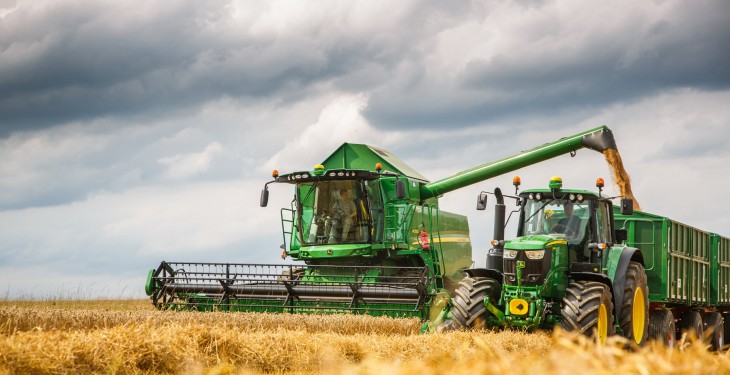 Non-farmer buyers have overtaken farmers as the main type of buyer of farmland in the UK, according to Savills.

It says the proportion of farmers in the market has fallen slightly in the second quarter of the year due to weaker sentiment of some farmers due to lower current commodity prices.

Savills says farmer buyers in the UK are now at their lowest proportion since 2003.

However, according to Savills the proportion of buyers who are buying in order to expand continues to rise and now represents half of all buyers.

This indicates that many entrepreneurs are still growing their businesses, despite current commodity prices, reflecting the longer term view that they take.

It says medium-term (five year) forecasts for most agricultural commodities are positive in terms of demand and prices. It also reflects that many farms now produce significant nonfarming income which helps spread business risk.

In its latest report Savills says farms compete with other type of assets and investments for non-farmers’ money.

“Our research indicates that the proportion of ‘new’ non-farmer buyers also fell slightly, which reflects the recovery and greater economic and political certainty in other types of asset, such as residential, commercial and equities.

“Farmland is seen as a safe haven during a period of recession and, now that the recovery is firmly established, buyers will consider other assets more readily.

“However, those non-farmers who have already invested in farmland continue to do so, and are an increasing proportion of the market, reflecting that they like the tangibility of the asset and the returns it generates, which are not all financial,” it said.

In the UK Farmer and non-farmer sellers each represent around 45% of all sellers with the remaining sellers being institutional or corporate.

According to Savills the reasons for selling also remain broadly similar to previous years, with business reasons, relocation and investment, being the main drivers.

“Our research indicates that there is an increased proportion of sellers citing retirement as the predominant reason to sell.

“Anecdotal evidence appears to confirm that some farmers, especially those without successors are taking the opportunity of current record values to exit the industry,” it said.

Savills have also found that debt related sales remain responsible for fewer than one in five sales but it expects this to be higher by the close of the year as commodity prices remain under pressure in the short term.