Irish weanling exports have fallen by 45.9% in 2015 which is a drop of almost 10,000 head of cattle on the same period in 2014, according to the latest figures from the Department of Agriculture.

The figures from the Department of Agriculture and presented by Bord Bia show that total live cattle exports are back by 25.6% to date in 2015 which is a drop of 49,166 to September 12. 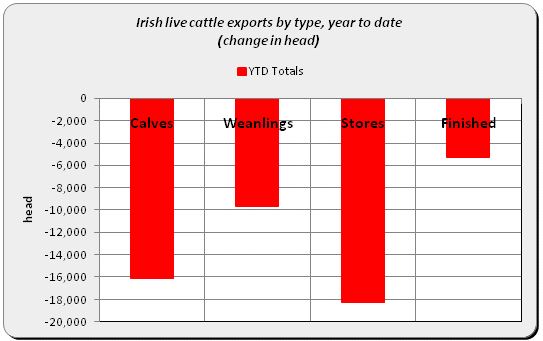 According to the latest figures from the Department of Agriculture, total exports to continental Europe have fallen by 28.2% or 37,579 head.

But despite this fall exports to our nearest export market, Northern Ireland are up by approximately 15% on 2014 levels, with an additional 4,900 animals crossing the border in 2015.

However, live shipments to Britain have dropped by 41% or 4,607 head, figures from the Department of Agriculture show.

Surprisingly, despite the French farmer protests throughout 2015, live exports of Irish cattle to France have increased by 61% or 3,211 head. 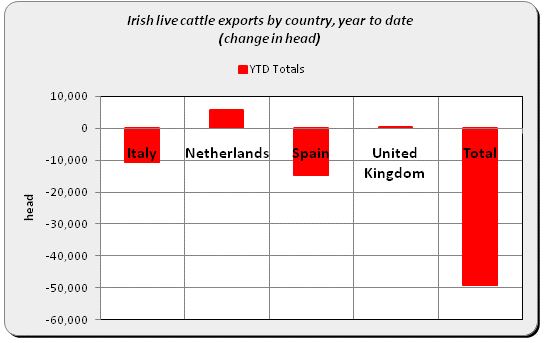 Total live cattle exports to non-EU markets have remained unchanged from the first week in September when these shipments had dropped by 77% or 11,871 head of cattle on 2014 levels.

Exports to the Lebanon have fallen by 68 head, while exports to Tunisia have increased by almost 700 to reach 2,789 head.