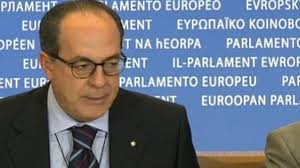 A deal on Europe’s Common Agricultural Policy (CAP) 2014-2020 will not to be reached by the end of the Irish Presidency, the chair of the European Parliament’s Agriculture Committee has warned late this afternoon.

This is despite assurances by the Minister for Agriculture Simon Coveney TD in the Oireachtas yesterday that a deal will be reached by Wednesday.

According to European media reports, Paolo de Castro has indicated that MEPs may boycott a meeting of the Agriculture Council next week in Luxembourg, where negotiations between the Parliament and the Council are due to be settled. “If we were debating the election of a Pope, we’d have to say ‘black smoke’ I’m afraid,” he said to reporters.

He laid the blame at agriculture ministers for failing to compromise during the ongoing trilogues talks into CAP reform.

The number of obstacles to be overcome incude the future of the direct payments scheme and the so-called ‘greening’, whereby farmers receive financial support for environmentally friendly farming.

If no agreement is reached by the end of next week, then talks will have to restart later in the year when Lithuania takes on the presidency.

Do follow AgriLand.ie for the latest updates on CAP 2012-2014 developments.