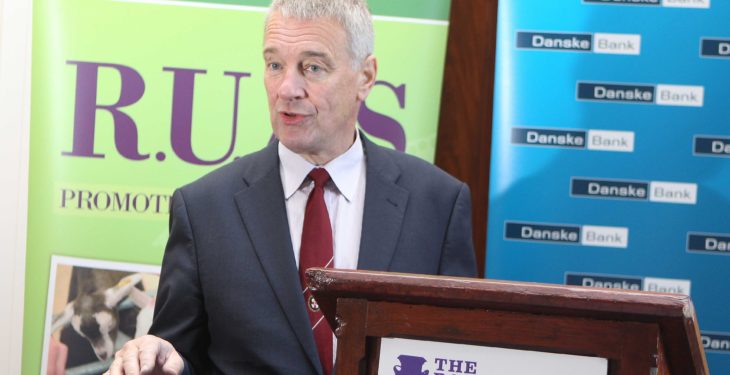 The chief executive of the Royal Ulster Agricultural Society (RUAS), Colin McDonald, might be standing down – but that doesn’t mean he won’t be back at Balmoral.

Speaking to AgriLand, McDonald said that after his duties finish he will “still be a RUAS member” and joked that he might even volunteer to muck out the cattle lines next year – or man the members’ room.

Once a city boy growing up on Belfast’s Shankill Road, McDonald is now best known as the man who moved Northern Ireland’s biggest farming showcase – the Balmoral Show – to the Maze; a move which has secured its future.

During his 11-year tenure, he has also brought the show back to its four-day glory – helping it reach its all-time-high attendance of 100,000 people in 2016.

The role has been advertised in regional newspapers, with the view to his successor taking on the role in time for Balmoral Show.

It means today’s Winter Fair will be McDonald’s last official event in office – but that doesn’t mean he’s taking his eye off the ball with plans already underway for Balmoral 2019.

The decision to sell off the old King’s Hall site has been one of the most controversial decisions made during McDonald’s 11-year tenure.

The Odyssey, Waterfront and the Titanic were eating into its market to the extent where it wasn’t sustainable – to the point where, at that time, there were only six or nine Balmoral Shows left in the kitty.

“Someone said to me just before the vote, ‘You look very grey – and I don’t mean your hair’,” he said.

“I was anxious that the members hadn’t got the message that this could be the end of Balmoral Show unless you vote.”

Anyone who could vote did just that; well over 700 people attended the crucial meeting, with 95% voting in favour of the plans.

Under McDonald’s leadership, for the first time in almost two decades an extra day was added to the show last year; the reverse of his predecessor’s decision to reduce the show from five days to three days.

The reason it was concentrated down was the wish of the customers then – but the market has changed; especially the increase in part-time farmers.

“There were also a lot of people who wanted to get to the show but couldn’t, because it wasn’t open when they weren’t working,” McDonald added.

“I’ve got to say there were concerns about whether there would be any sector business done on the Saturday – but, as it turned out, there was.

“People are now seeing what the RUAS can do. Last year – because it was four days – we put an appeal out to get extra stewards and within three days 80 people had stepped forward to be the new stewards.

“Lots of people want to be part of developing up Balmoral Park by doing things – and there are a lot of younger people starting to come on to the committees too.

“What I would like is to see is a lot of Young Farmers – or maybe just post-Young Farmers – involved, where they have already had a position of responsibility and to have people who are under 40 running the show – they’re the present; they’re not the future.”

External firm 4c Executive is taking the lead on the recruitment process; however, the search for a new chief executive has not yet moved on to the interview stage.

“It’s going to take a long time,” McDonald said. “The shows are only part of my job and then you’ve two developments – here [at Balmoral Park] and at the King’s Hall – so there has to be a seamless transfer for all the bits and that’s not easy to do.

But while today might mark McDonald’s last show as RUAS chief executive, he says it won’t be his last time at an agriculture show.

“I used to enjoy the [Balmoral] Show when I was young – I loved going to see the diggers,” he said.

“I hope I’ll have a job to do at the 2019 show – something like cleaning the cattle stalls – or manning the membership stand.” 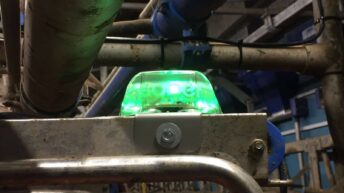 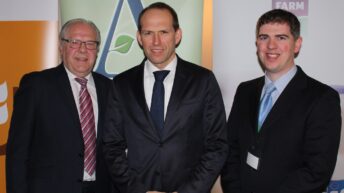