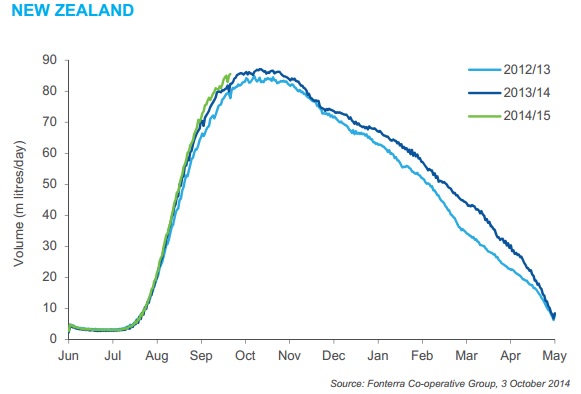 Milk collection across New Zealand to September 30 reached 322 million kgMS, 4.5% higher than the same period last year according to latest figures from Fonterra.

It says volumes are approaching peak collection for the season, which is forecast for mid-October 2014.

It says the milder winter, good cow condition and pasture growth have contributed to strong production early in the season across most regions. This resulted in milk collection in September reaching 12 million kgMS, one million kgMS ahead of September last season.