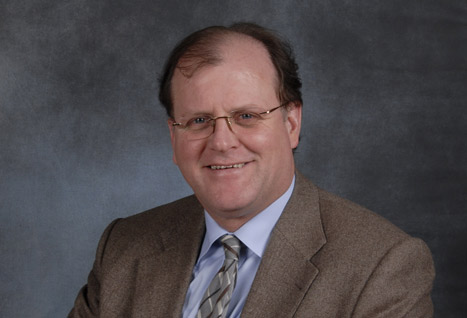 Speaking at a major conference in Dublin today, to an audience of more than 600 guests including European farmers and international journalists, Gerard Keenan, executive chairman of Keenan System announced the launch of inTouch, one of the world-leading technological breakthroughs in precision feeding and precision nutrition, which is a new and user-friendly way to enable farmers to get more from their feeds.

The conference and three days of celebration are at the heart of the delivery of the first commercial Keenan Easi-Feeder mixer wagon in 1983.

Gerard Keenan said: “The launch of inTouch starts Keenan on a new and exciting journey. We have always been known for our award- winning machinery, its reliability and our technical support service to our customers.

“InTouch is a collaboration programme that enables thousands of farmers and their advisors and feed suppliers get the benefit of precision feeding and nutrition.

“We are already working with many advisors, veterinarians, nutrition consultants and currently leading agri-food companies, including Dairygold in Ireland and Sanders in France, helping their customers get more from concentrate feeds by the adoption of inTouch technology.

“Today, however I would like to make a major announcement, that we are firmly moving to a technology-enabled efficient food production business, running parallel to our machinery business, but very different in its objectives to create sustained and growing value for farmers and others in the food chain.”

Other important announcements included: The opening of satellite inTouch centres with a number of feed companies this year, enabling them to make a greater connection with their customers, providing better support in an efficient way. Also making inTouch technology available to non-Keenan mixer wagons. These inTouch customers will have full access to nutritional protocols and parameters.

In conclusion Keenan said: “Over the past 30 years farming has undergone many changes. I feel sure that all of these developments announced today will ensure that farming will be attractive to the next generation of family farmers, ensuring a more profitable business and attractive lifestyle.

“Our research has proven that with precision feeding and technology, an increase of 16 per cent more milk from less concentrates is achievable, which is worth four cents per litre or 3.5 pence per litre in the UK.

“Together, with good farm management, genetics and other complimentary technologies, much greater gains are possible over three to five years. I look forward to the future with excitement.”