James Ashworth, Marketing Manager for New Holland Agriculture UK and ROI said that this 2nd generation prototype would offer fuel cost savings of up to 20% and emit 80% less polluting emissions than a standard diesel tractor, making it more environmentally friendly

Farmers that attended the Cereals 2016 event on 15-16  June in Chrishall Grange, Nr Duxford, Cambridgeshire, got a first-hand look at the tractor.

“New Holland has a long history of researching and promoting the role of agricultural mechanisation within a sustainable future for agriculture, through precision farming, training in sustainable farming practices, and alternative energy sources.” 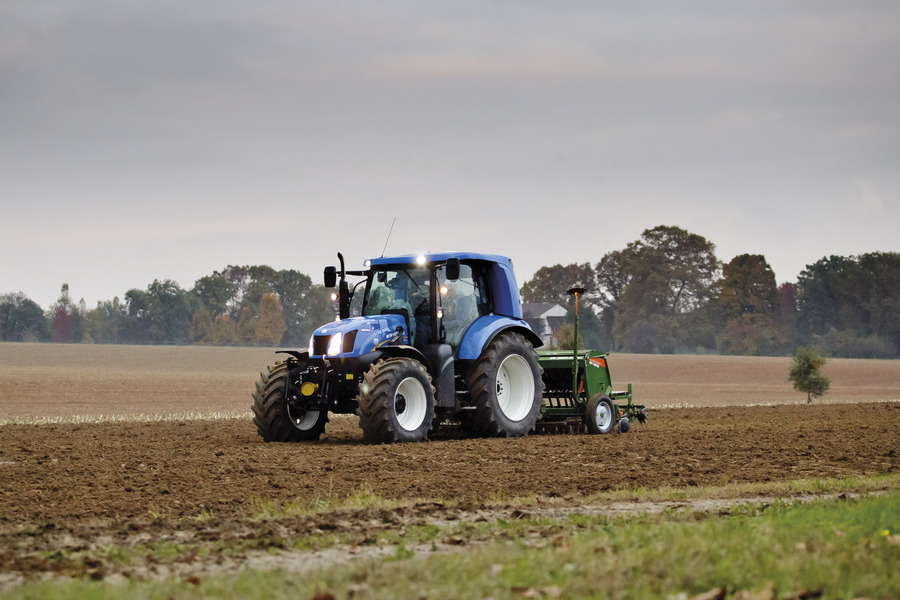 Ashworth said New Holland is delighted to bring its Methane Power tractor to the UK and give British and Irish farmers the opportunity to see it for the first time.

Ashworth continued to say, the second generation prototype is based on a New Holland T6.180 standard tractor and has a 175hp engine developed by FPT Industrial that delivers 740Nm torque.

The nine gas cylinders have a total capacity of 300 litres (52kg) compressed methane, sufficient for approximately half a day of normal tractor operations.

The new model is reportedly capable of fulfilling future greenhouse gas targets, which are expected to require a 20% reduction in emissions across Europe by 2020.

CO2 emissions can be further reduced by using bio methane (methane derived from biomass), as opposed to methane.

The switch from methane to bio methane can be made without any changes to the tractor or its engine, which opens up great opportunities for achieving overall greenhouse gas reduction targets. When powered by bio methane, the tractor’s carbon impact is virtually zero, Ashworth stated.

“Farms with their own anaerobic digestion plants and the ability to grow their own biomass can benefit from a further reduction in greenhouse gas emissions and fuel costs could be cut by as much as 40%.”