Eddie Downey retained as IFA representative on FBD board 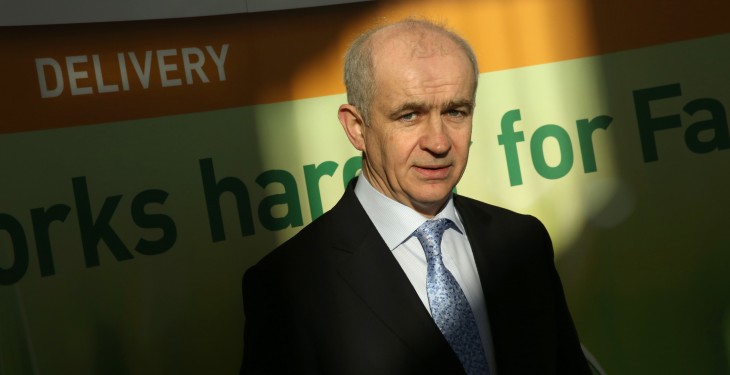 Former IFA President Eddie Downey has been nominated to the board of FBD Holdings as the IFA representative.

It is understood that the appointment of the past president of IFA to the FBD board comes about as new IFA President Joe Healy chose not to take up the role due to the workload of an IFA President.

Instead, Healy suggested that the FBD role would be given to the former IFA President Downey and it is understood that the other six-men on the IFA Executive Board supported him in the move.

The move was the ratified by IFA Executive Council at its most recent meeting.

In 2015, the fee payable to the representative of the IFA on the FBD Holdings board was €39,600, although it’s unclear whether Downey will receive this payment or it will be paid to IFA. It had been mooted during the IFA presidential debates that such fees would be paid to IFA, not to the office holder.

Traditionally the position of IFA President would come with a seat on the boards of a number of high profile organisations, for which he/she receives financial remuneration.

Meanwhile, an IFA review committee, which was established to consider the Lucey Report, has recommended that levy collection, along with membership fees, is the fairest ways to fund the organisation.

Yesterday’s IFA Executive Council meeting and received a report from the Implementation Committee. The Committee was established last December to consider the Lucey Report and its recommendations.

The members of the Council were presented with a review of the funding model for IFA. The review was announced by the President Joe Healy at the AGM on April 27. Healy said a strong and well-resourced Association is vital to provide the representation and service that farmers rely upon.

The outcome of the review found that the joint membership and levy system is the fairest and most appropriate mechanism for funding the Association and maintaining services to farmers.

It says that the current system allows farmers to contribute, proportionately and fairly, based on the size of their farm and value of their output.