New Holland is adding three new models to its Blue Power Range at Agritechnica today. The now five model line-up in the range features premium finishing and represents the pinnacle of tractor performance and comfort, according to New Holland.

It says the series has been designed especially for farmers and contractors who are looking to own a distinctively luxurious tractor.

Luca Mainardi of New Holland said: “We have decided to extend the Blue Power range to include the T6.160, T7.250 and T8.420 Auto Command Models, alongside the existing T7.210 and T7.270 Auto Command tractors, to ensure that all farmers can own a piece of Blue Power elegance.” 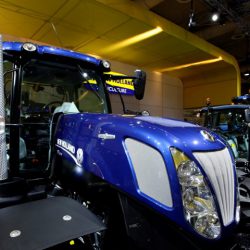 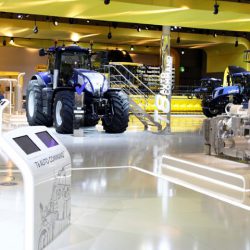 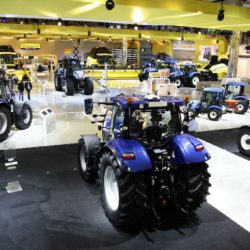 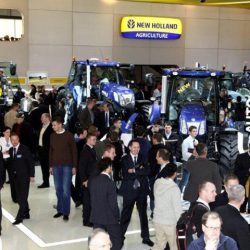 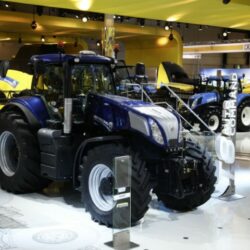 “The range extension has been demand driven, more customers from a wide horsepower sector want to drive a Blue Power exclusive edition. We’ve seen a year on year increase in demand with 30% of our T7.270 production now going out of the Basildon Plant as Blue Power,” he said.

The Blue Power range was first launched in 2009 and is most well-known its metallic blue paint and the chrome coloured grille and exhaust shield.

Inside the cab New Holland claim, the luxurious finish is immediately evident, with a full leather steering wheel and a deep pile carpet as standard. On the T7.250, T7.270 and T8.420 models, a full leather seat is also available.

The Blue Power models are also fitted with New Holland’s Auto Command continuously variable transmission as standard. They claim these transmissions have been tailored for each model range to ensure they deliver in field efficiency, points of direct drive and deliver 100 per cent mechanical efficiency at the most frequently used operating speeds.

Also standard on the Blue Power range is SideWinder II armrest. New Holland says the armrest offers users the ultimate ergonomic excellence due to its colour touch-screen monitor and multifunction handle, which hosts the most frequently used functions, including all transmissions controls, hydraulic valve management together with a headland turn sequencing system.