New farm roadway and water rules: Are you up to speed?

New regulations for farm roadways and waters came into effect last month on January 1, 2021 – but what does this mean for Irish farmers?

Mark Treacy, a Teagasc dairy advisor based in Clonakilty, provided an explainer for farmers as to what has changed.

New on-farm measures aimed at further reducing Irish farming’s environmental footprint, with particular regard to water, climate and air quality, were signed into law by the government on November 20.

A technical amendment has also been made to increase the nitrogen excretion figure for the average dairy cow from 85kg to 89kg of organic nitrogen which impacts on all dairy farmers, as well as beef farmers finishing dairy cull cows.

Measures relating to the prevention of direct runoff from farm roadways to ‘waters’ applies to all farms, regardless of enterprise or stocking rate, Treacy said.

For all farm roadways, there can be no sediment or nutrient run-off into ‘waters’.

“This includes watercourses, rivers, drains, lakes, etc, including features which may carry no water for part of the year,” he added.

“Farms with a grassland stocking rate [GSR] at or above 170kg organic N per hectare are now required to exclude bovines from watercourses and locate all water troughs at least 20m from watercourses.

“This means bovines cannot drink, or have access to freely enter or cross watercourses. Watercourses on your farm are defined as the solid blue lines on the OSI 1:5000 scale maps, viewable on this website OSI Place Map.”

Treacy explained that, to comply with these requirements, the following is required:

While not a legal requirement at present, the provision of bridges over watercourses where regular crossing is necessary is still considered to be best practice, he said.

Commenting on the changes that now apply to some 5,000 non-derogation farmers, the advisor said:

“Approximately 5,000 farms in Ireland export slurry to comply with the 170kg organic N per hectare limit and stay outside of derogation.

“These additional requirements remove most of the potential benefits at farm level of avoiding derogation.”

These measures, he explained, are:

The new regulations came into effect on January 1, 2021. 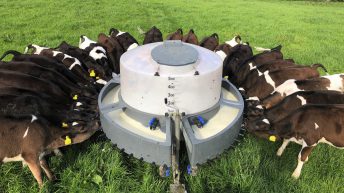