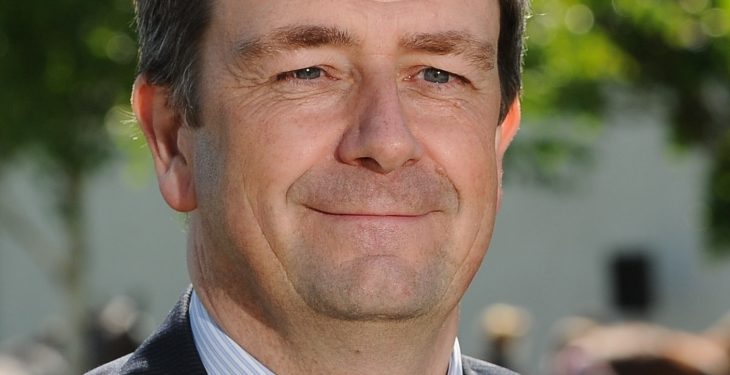 Damian McDonald, the CEO of Horse Sport Ireland, has been appointed to the role of Director General of the IFA.

The appointment comes one year after Pat Smith, former General Secretary of the IFA, resigned from his position following revelations about his pay.

McDonald will take up the role in the New Year and an exact start date will be confirmed following discussions with his current employers Horse Sport Ireland, IFA has confirmed.

Following today’s announcement of the appointment, the IFA has revealed the remuneration of both the incoming Director General and of the IFA President, Joe Healy.

Remuneration* for the Director General is as follows:

The remuneration* for the President of IFA is as follows:

*Payment from outside bodies will be part of remuneration

He previously worked for the IFA from 1999 to 2001 in the position of Livestock Services Manager where he worked in the areas of Direct Payments and Animal Health.

IFA President Joe Healy said he was delighted to welcome somebody of the calibre of Damian McDonald and he looked forward to working closely with him on the many issues of concern to farm families.

“The income crisis in the sector this year requires strong and committed work by IFA to improve incomes and conditions for farmers. We will work together on behalf of all farmers.”

Speaking after his appointment, McDonald said that being from a farming background, he is very conscious of the responsibilities the position of Director General of the IFA brings with it.

I am looking forward to working with the President, the Officers, the Executive Council, National Committees and IFA’s staff team to progress the organisation and the issues affecting the farming community.

During his previous roles in the IFA and Macra na Feirme, McDonald represented farmers on various bodies including the National Economic and Social Council (NESC), the Milk Quota Review Group and the CAP Rural Development Monitoring Group.

He has previously served as a member of the Aquaculture Licences Appeals Board and the Governing Body of the Dublin Institute of Technology (DIT).

The incoming Director General grew up on a dairy, beef and pig farm in Crossabeg in Co. Wexford.

He is a son of Albert and Angela McDonald and he currently lives in Stradbally, Co. Laois with his wife Siobhan his three children Mark (17), Kate (15) and Sean (13).

McDonald holds a Master’s Degree in Economics from University College Dublin and he is a past pupil St. Peter’s College in Wexford.

I am very grateful to the IFA for giving me this opportunity, and to Horse Sport Ireland and Macra na Feirme, for the experience I have gained working in both organisations.

Until he takes up the position, he will be making no further comment in relation to his new role.

“I will continue in my role as Chief Executive of Horse Sport Ireland until I serve out a notice period. My full focus will be on that role until I formally take up the position with the IFA in the New Year.”