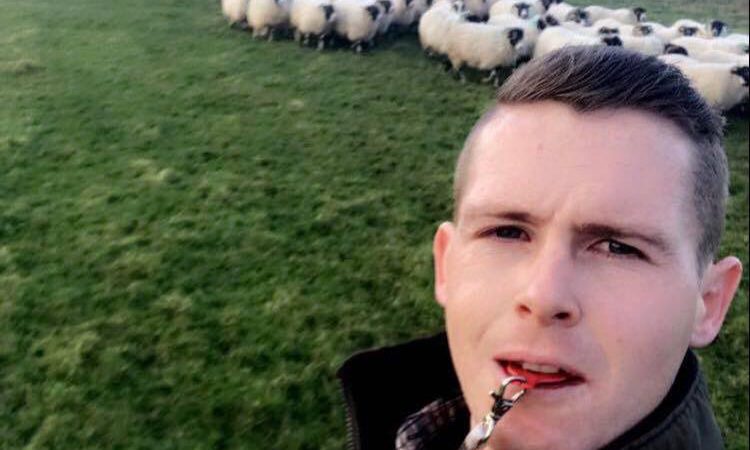 Everybody has a starting point in their career and for Eoin Kelly of Crockataggart Farms, he was taught young the many valuable lessons he needed to be a farmer.

Having grown up loving farming, with his father teaching him “everything I know about all livestock and the art of sheepdogs”, he tells AgriLand, ahead of his Instagram takeover on Wednesday (February 10), about the moments that were eye-openers for him during his career.

In the Sperrin Mountains in Co. Derry in partnership with his twin brother Jonathan and their father, Kelly runs a farm of 1,000 breeding ewes and 500 ewe lambs, and a small herd of hill cattle used to utilise the rough grasses on the hill.

“As I left school, my father wanted us all to get a trade – so I became a joiner,” Kelly said.

“I couldn’t wait to get my papers and throw my hammer and nail bag into the back of the van and get back to farming full-time.

In between, I went on my first contract lambing job to Scotland and fell in love with the country and the way of life. I did a few lambings that year and the next couple of years.

“At the age of 20 after my seventh lambing in Scotland, I took on a farm manager’s job in an estate in Scotland running thousands of ewes and hundreds of cattle.

“It was a real eye-opener and a good learning curve. I stayed as a manager on this farm for five years. I then went contracting for a few years.”

At the age of 27, Kelly said he decided he “needed to have a conversation with my father about coming home, and doing it all for ourselves rather than making someone else richer”.

“My father agreed with some persuasion and, from there on, I started to invest in the farm getting bigger and bigger each year; rising the number of livestock and renting more land,” Kelly continued.

It hadn’t been easy with lots of money worries and the ups and downs that naturally come with farming.

“We started up a plunge-dipping and shearing service. I also got a part-time job as an animal health representative for Provita in order to invest as much into the farm and gain as much skills and knowledge as we could.”

Kelly said that there has been “little to no help” in reducing the impacts of Brexit.

“We import a lot of stock from Scotland each year and with the new rules that have been introduced, we can no longer import livestock freely,” he said.

This has had a massive impact to our farm as it has had to other farming businesses. The genetics and bloodlines across the water are some of the key factors in creating some of the best sheep in this country.

“There seems to be no quick fix.”

It wasn’t just farming that presented its challenges the past year, with Kelly welcoming his daughter to the world during the pandemic.

“We had a baby in the middle of Covid which was not easy as no one could come and see this bundle of joy,” he said.

“But, thankfully, we managed on our own as Grace is a little happy girl and I even managed to get engaged to her mummy on Christmas Eve.”

Kelly is also passionate about spreading the message about mental health in farming.

“With Covid this year, in particular with markets closed, no socialising and pubs closed, farmers are even more isolated,” he said.

We have had to adapt with the new way of life by becoming involved in online auctions to sell our livestock and speaking to people over the phone and working more hours with nowhere to go.

“Farming comes with great uncertainty each year as prices of livestock, products and services fluctuate, leaving farmers worrying a lot.

“Farming life can be particularly lonely because of the hours it involves and the constant demands which can lead to self-isolation.”

Tune into the AgriLand Instagram account tomorrow to see Kelly feeding animals, working with sheepdogs and doing “lots of other jobs too”. 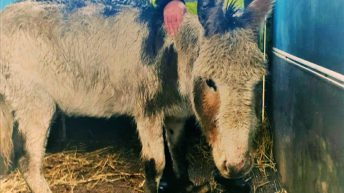