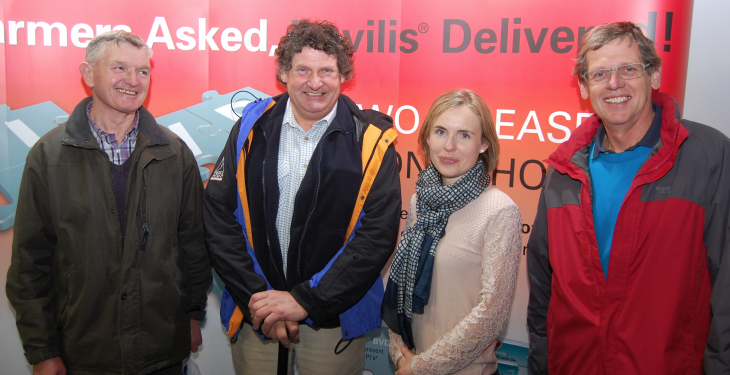 Farmers at the Winter Fair were reminded by MSD animal health that prevention is better than cure when it comes to animal diseases.

A large number of milk and beef producers attended the show, from both the Republic and Northern Ireland. MSD had vets and advisors at its stand advising on herd health protocols for the coming months.

According to MSD, disease areas and products most topical at this time of year were BVD (Bovilis BVD), IBR (Bovilis IBR Marker Live), scour vaccination (Rotavec Corona) and both liver and rumen fluke.

The Royal Ulster Winter Fair is one of the main agricultural events on the Northern calendar. It took place this year, for the second time, at the King’s Hall Pavaillons.

On show are livestock competing throughout the day for the coveted title of Supreme Champion as well as almost 200 dairy-related trade exhibitors.

“The success of the event from an agri-business perspective is evident when you take into account the list of exhibitors returning year on year.”

John Henning, Head of Agricultural Relations at Danske Bank said that dairy farmers in Northern Ireland are enjoying record milk prices and while input costs on farms remain challenging there is considerable optimism for the future.”