Mowers at the ready, as temperatures to hit 20C 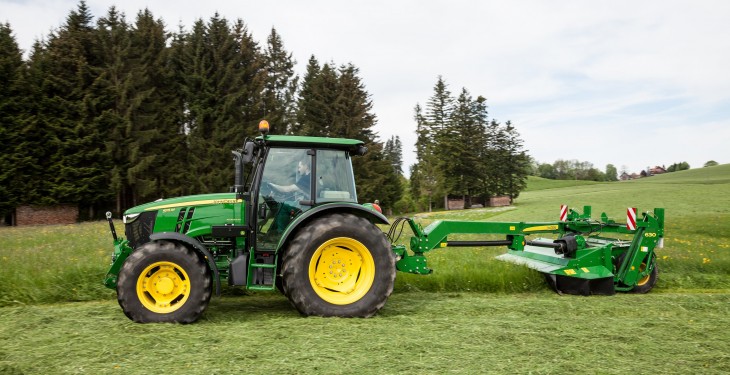 The countryside is set to be a hive of activity over the next few days as farmers with early silage to cut are set to take advantage of a number of fine days.

However, the weather is set to become unsettled again late on Saturday and into Sunday.

Tomorrow (Thursday) is forecast by Met Eireann to be a fair weather day generally, some cloudy periods but the sun should break through, as temperatures rise through the afternoon there is a risk of sparking just an isolated shower. It is set to be a warm day with highest temperatures of 16 to 20 degrees. Light winds will be southerly or variable.

According to Met Eireann there will be another mild and dry day for much of the country on Friday, but some drizzle or light rain will move into northwestern areas later in the day. Temperatures will range from 16 to 20 degrees in light to moderate southwesterly breezes.

Met Eireann says Saturday will remain dry for much of Leinster and Munster, with highs of 16 to 19 degrees, but the rain will start to intensify in Connacht and Ulster, where temperatures will fall back a few degrees to between 12 and 17 degrees.

Ominously, forecasters are predicting that heavy rain looks likely to become widespread on Saturday night and this will mark the start of unsettled weather for the rest of the weekend and the start of next week.