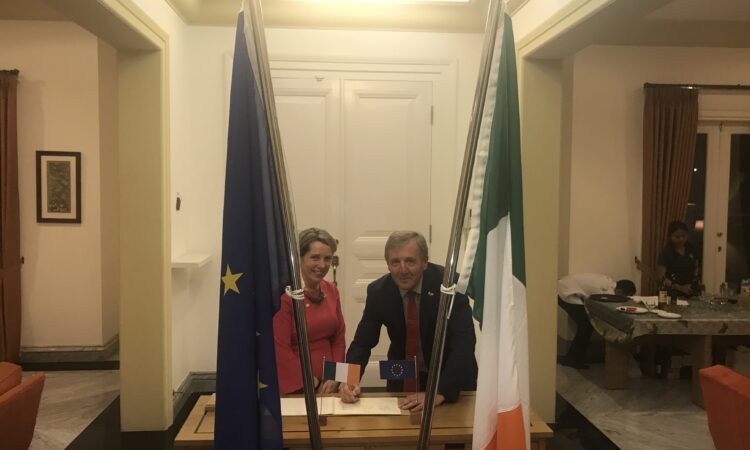 This week saw uncertainties at political tables in Europe, but Minister for Agriculture, Food and the Marine Michael Creed said that he still considers a no-deal Brexit unlikely.

At the Irish Embassy in Jakarta, Indonesia, the Minister told AgriLand that the EU realises that countries will not have infrastructures in place straight away if a no-deal Brexit was to occur.

“I think in the event of a no deal, if the UK were to crash out – and I consider that to be still highly unlikely – there would be a degree of crisis management required, because no country will have the necessary infrastructure there on day one to deal with that.

In the context of the most recent budget we are making provision for staff recruitment, for IT system investments and a built environment that is able to accommodate all that at airports etc.

The minister expected an adjustment period if Brexit were to occur.

“In the event of a hard, no-deal Brexit, I don’t think any other state would have the infrastructure there on March 30 next year; I think that’s the understanding at an EU level that that’s the case.

“I still consider that unlikely,” he concluded.

While the minister stated that finding other markets was important, the market in Indonesia and Malaysia had been outlined as having potential in Food Wise 2025, before Brexit was an issue.

“Even before Brexit was every a reality, Food Wise was talking about the ambition of this industry to grow and new market opportunities.

“There’s a lot of effort going into accelerating the market opportunities that this region presents. It is taking on an added urgency.

“Obviously in the context of Brexit, we want to have it negotiated in a way that leaves us with a trading relationship as close as possible with the United Kingdom.”