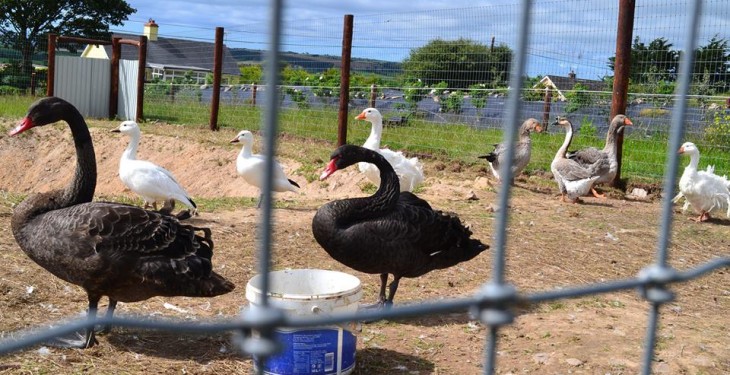 IN FOCUS: In July 2012 the Waterford Leader Partnership approved part-funding for the development of an Open Farm and Activity Centre on 23 acres of land close located in close proximity the beautiful seaside village of Ardmore in rural West Waterford.

Ardmore is beside the busy N25 road from Rosslare to the southwest.  Indeed it is within a 40 minute drive from Cork or Waterford city.

Ardmore Open Farm is situated overlooking Whiting Bay and this family-run farm is owned by Denis and Bridget Collins.  Both Denis and Bridget are keen animal lovers and the farm combines their strong business backgrounds with their love of animals and the great outdoors.

“We opened just three months ago and we have had a great summer. We are very happy with it. The official opening is this Friday and Agriculture Minister Simon Coveney TD will be down. We also plan to get the farm blessed by the local priest. It’s all very exciting,” said Bridget.

The idea for Ardmore Farm came from a visit a few years back to Dublin Zoo. “We were in Dublin Zoo and there was such a crowd at the mini-farm area that it inspired us to open such as facility in Ardmore, we saw an opportunity there.”

Denis’s father Dick Collins is a founder member, a past president of the Agricultural Consultants Association and director of Farm Business Advisers in Fermoy. Denis is an agronomist/valuer and managing director at Farm Business Advisers.  He is also a partner in the auctioneering firm Collins O’Meara Auctioneers where Bridget is the office manager.

The Ardmore Farm attraction is unique to the area as it will provide both indoor and outdoor activities when it opens shortly. It can also cater for various gatherings and meetings in the Ardmore area.

Minister for Agriculture Simon Coveney is set to open the farm officially this Friday.

From the outset Ardmore Open Farm set itself apart from other facilities nationwide by combining a large indoor play centre with a wide range of large and small rare animals.  Several animals were sourced from abroad, some of which have not been seen in this country before.

School tours, birthday parties, communion/confirmation parties and christenings are all catered for and tailored packages are available to suit all tastes.  Ardmore Open farm was open every day during June, July and August.

From March to May and from September to December it opens at the weekend only.  School and other organised tours will be facilitated throughout the year.  During January and February it will be closed for maintenance and upgrades.