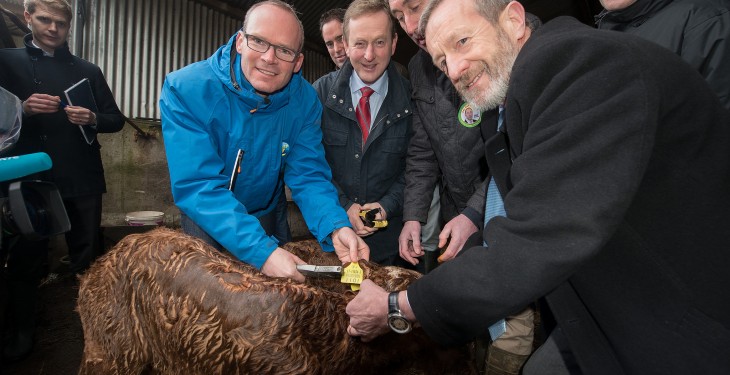 At the meeting, this week EU Agriculture Ministers took stock of the agricultural market situation in particular on current difficulties in the milk and pig sectors.

Several Member States expressed their concerns and made clear the market situation in dairy and pigmeat sectors are worrying and need to improve urgently.

Ireland was represented at the meeting by the General Secretary of the Department of Agriculture, Aidan O’Driscoll.

“In a time of low prices in many sectors, it is quite something that the Minister has put politics before hard pressed farmers in not attending the European Council meeting this week,” he said.

Referring to the news that agriculture ministers have been asked to propose measures for possible agreement upon at the Farm Council meeting to be held on March 14, the ICMSA President, John Comer, has welcomed what he called the dawning realisation in the Commission of the extent and depth of the slump in dairy prices.

Comer said that having backed down from any confrontation with the corporate food retailers over margin-hogging, the Commission was duty-bound to drastically ramp-up the measures that supported milk prices and while he acknowledged that the French idea of an ‘export credit’ mechanism may have some relevance he said that the situation was too critical for experimentation and that the raising of Intervention Price to 28 cents per litre had to be announced immediately.

“I don’t understand why Member States are being asked to consider “new” or “innovative” measures as if we have the luxury of time. We don’t have that luxury and what we need is the introduction of a realistic, cost-covering, Intervention Price that then allows us to work on a range of medium-term options.

“We don’t need a brainstorming session on March 14, we need action that immediately puts a floor under the price and sends some signal to dairy farmers that the Commission understands what their duty is – particularly as they have failed once again to address one of the factors that is pushing EU farmers out of production, namely, the absolute dominance allowed corporate retailers in setting margins in the supply-chain.”