Next month’s AFBI (Agri-Food and Biosciences Institute) roadshows ‘Dairy Innovation in Practice’ will be held on three farms throughout Northern Ireland from Tuesday to Thursday, September 12-14.

A key focus at the shows will be ‘making the most from grazed grass’, according to the organisers.

AFBI researchers will be exhibiting the latest research findings to help farmers drive both increased grass production and utilisation – and in turn bring up milk production from forage.

The venues will be as follows:

Previous AFBI research estimates that, on average, grass yields of 7.5t DM/ha are achieved on Northern Irish dairy farms throughout the season. However, according to recent AFBI research, there is potential to increase this by over 60% and achieve yields or more than 12t DM/ha on commercial farms.

Although milk prices have improved, it is important we keep a strong focus on building efficient grassland management practices to help lower overall costs of production.

A subject that will feature at each of the roadshows will be improving both grazing and silage production through better nutrient management, the AFBI has announced.

AFBI’s soil scientist, Dr Suzanne Higgins noted: “There are major opportunities to increase the amount of grass we grow by improving our management of soil fertility and soil structure.

For example, research from AFBI shows that sub-optimal pH on some farms is resulting in grass yield losses of up to 2t DM/ha/yr.

All farms participating in the Dairy Innovation in Practice roadshow are also currently taking part in the GrassCheck project this year, conducted by AFBI and funded by AgriSearch.

This project has been recording grass and weather conditions across 12 dairy farms throughout the current growing season and intends to provide livestock farmers with the latest grass growth and quality information to help in decision-making for grassland management.

McConnell, who leads the project, spoke of the matter, stating: “Through the GrassCheck project it has become very clear that – regardless of production system – it is possible to achieve high levels of grass production and utilisation.” 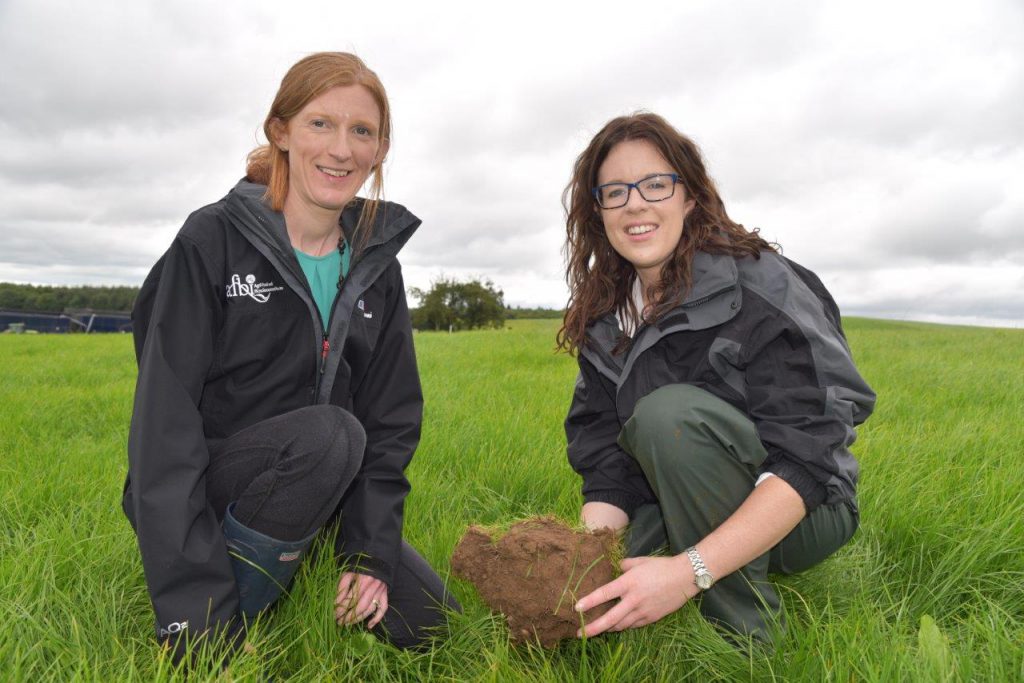 All three host farms operate very different systems including: conventional autumn-winter calving in Banbridge; zero-grazing with robotic milking in Enniskillen; and spring-block calving, intensive grazing in Newtownstewart, according to the organisers.

McConnell noted: “Despite having this wide range of farm systems, each farm in the GrassCheck project has already produced over 7t DM/ha this year from April to July, with some farms reaching over 10t DM/ha in these four months.”

Another discussion point on the shows will be options for managing autumn grass. Previous AFBI research has recorded that autumn grass has a vital role to play in the diet of both spring and autumn-calving cows.

For both groups, giving cows access to pasture during the autumn period was found to increase milk yields by over two litres/cow/day compared to cows fed ad-lib silage and flat rate concentrate supplementation.

“This can be worth over £1/cow/day in lower feed costs, improved milk yields and delayed housing,” McConnell said. “However it’s important we manage this correctly to avoid potential soil and sward damage, and to help prepare swards for the 2018 grazing season.”

Other demonstrations at the farm walks will include a range of dairy-related issues, such as calf colostrum, animal health and winter feeding practices.

The events are being organised in conjunction with AgriSearch, CAFRE and the Ulster Grassland Society.

The each of the events will start at 10:30am, with tours leaving every 30 minutes and lasting approximately two and a half hours. The last tour will start at 12:30pm.

Organisers have said that pre-booking is vital to secure a place at the events. Those interested can book their places on the AFBI website, before September 8.

In the interests of biosecurity, the AFBI has said, those attending are asked to wear clean clothing not previously worn while in direct contact with their own animals. Outdoor work boots should not be worn. Protective overalls and footwear will be provided, according to organisers.