Milk Price Tracker: Price increases across the board, but who is top of the table?

Milk Price Tracker: Price increases across the board, but who is top of the table?

Furthermore, there is a column detailing what we describe as the ‘maximum attainable price’ – which is based on consistent levels of 3.3% protein and 3.6% fat.

The milk prices in this table (below) are those quoted by co-ops for the month of February (2021). 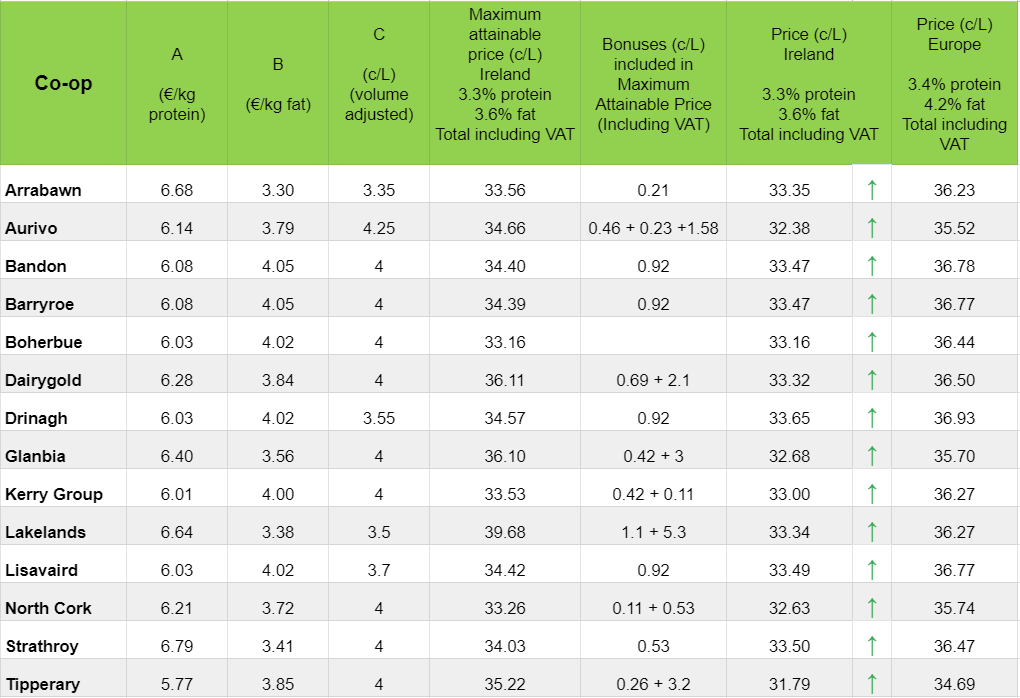 All bonus and penalty payments are based on manufacturing milk. The VAT rate changed from 5.4% to 5.6% as per Budget 2021.

With regard to Milk Price Tracker (above), please see these explanatory notes:

Further details of bonuses and penalties for February’s Milk Price Tracker can be found here:Click here