The tables (below) outline some of the most significant bonuses offered by the various co-ops, as well as some of the key penalties that may be imposed in the latest Milk Price Tracker – brought to you by AgriLand and the Irish Creamery Milk Suppliers’ Association (ICMSA).

All of the processors are different, with some incentivising higher milk standards and others simply penalising milk that does not reach a specific standard.

EU legislation indicates that TBC in milk should be less than 100,000/ml. However, ideally and on many farms, a TBC of less than 15,000/ml can be reached.

TBC greater than 50,000/ml and thermoduric bacteria counts of greater than 500/ml are generally penalised. However, ideally this count should be less than 200/ml and depending on the product mix, non-detectable levels may be required by some processors 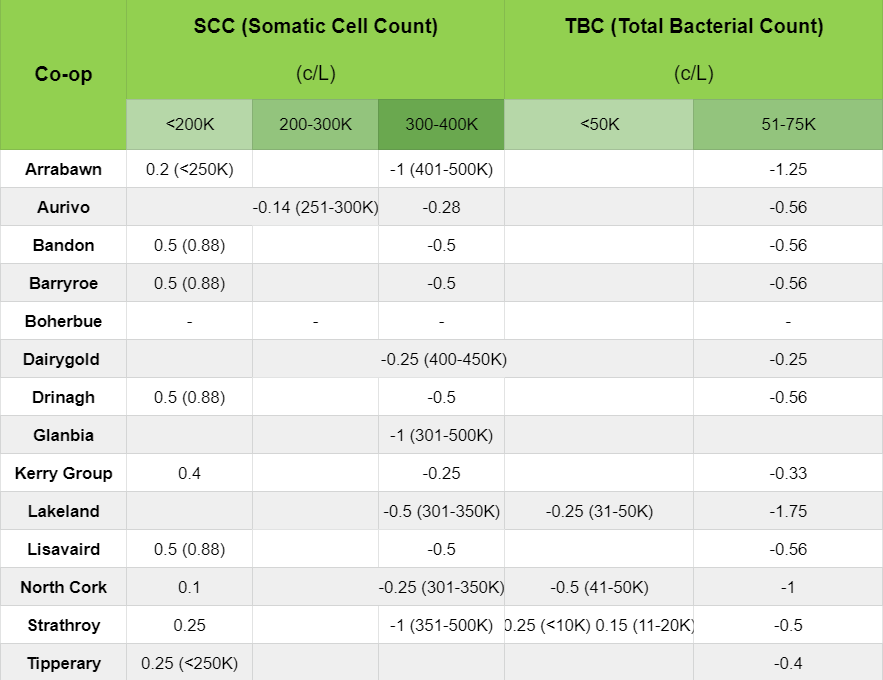 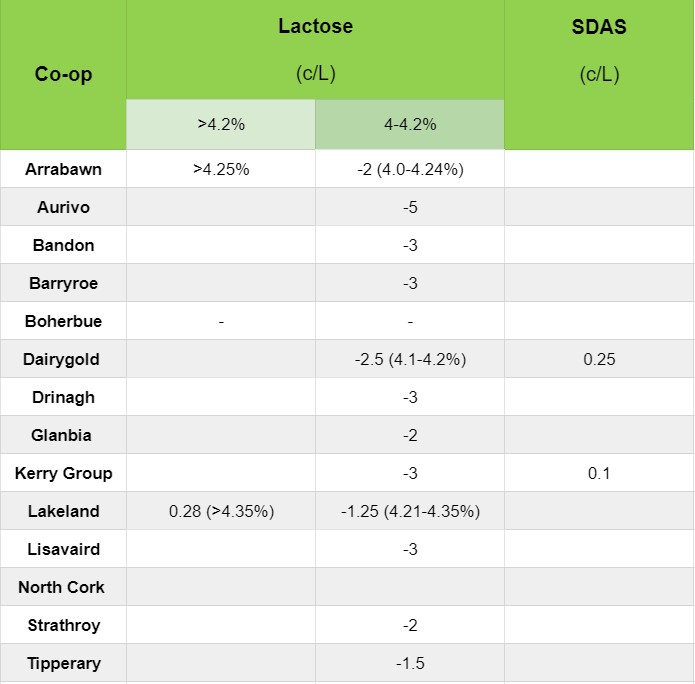 Pat McCormack, president of the Irish Creamery Milk Suppliers’ Association (ICMSA) has commented on the Milk Price Tracker: “The tracker is already the most in-depth and technically accommodating price comparison available, but both ourselves and Agriland Media are determined to make it better and even more revealing in terms of who’s paying what and on what basis.

“That’s why we’re incorporating more European comparatives. Both ICMSA and Agriland Media believe that putting all the facts out there in a clear and comprehensible way is the best way to keep farmers informed.