Milk Price Tracker: Which co-op is top of the table for January’s supply?

The latest Milk Price Tracker – brought to you by AgriLand and the Irish Creamery Milk Suppliers’ Association (ICMSA) – details milk prices from the most significant Irish dairy co-ops for the month of January.

The ‘new look’ Milk Price Tracker for 2021, has been revised slightly to make it easier for milk suppliers to review prices at their local co-ops.

Furthermore, there is a column detailing what we describe as the ‘maximum attainable price’ – which is based on consistent levels of 3.3% protein and 3.6% fat.

The milk prices in this table (below) are those quoted by co-ops for the month of January (2021). 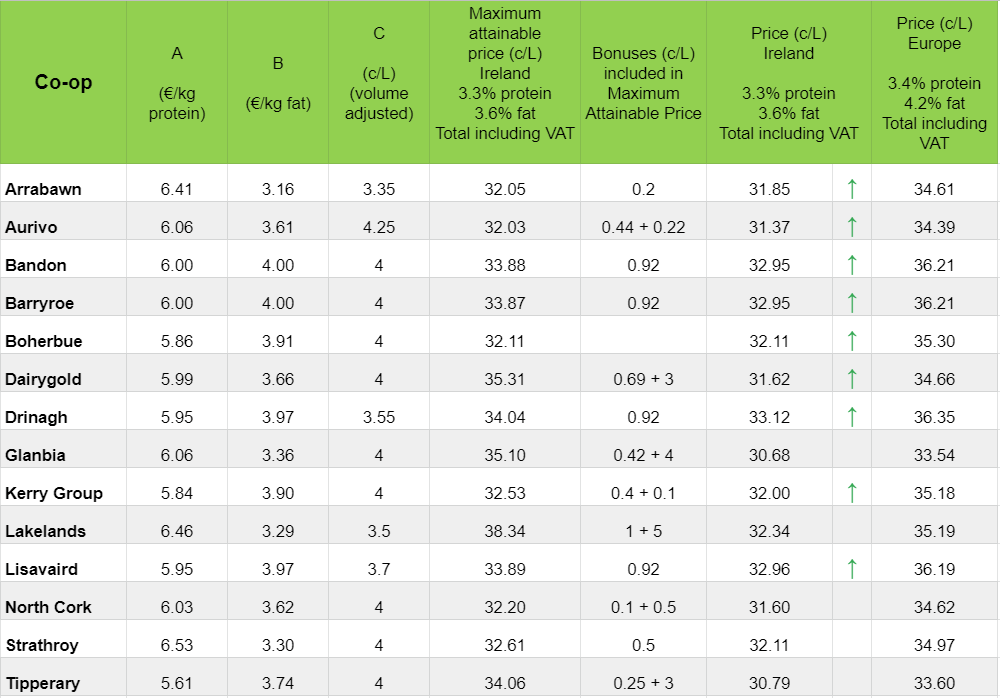 All bonus and penalty payments are based on manufacturing milk. The VAT rate changed from 5.4% to 5.6% as per Budget 2021.

With regard to Milk Price Tracker (above), please see these explanatory notes:

Further details of bonuses and penalties for January’s Milk Price Tracker can be found here: